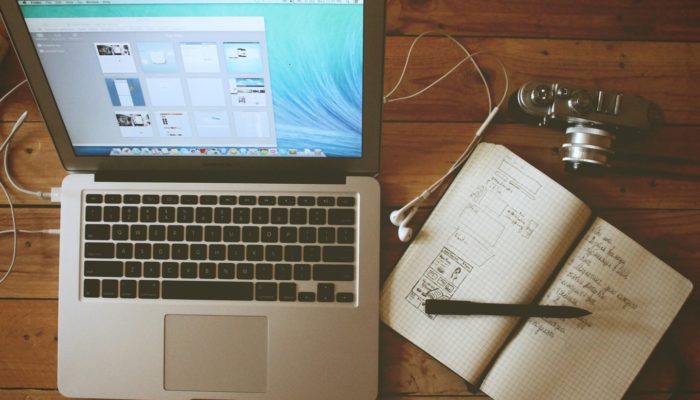 Since then he’s been a constant presence on my drive to-and-from work (circa thirty minutes each way) and whilst out walking Derek the dog (typically thirty minutes in the morning and twenty minutes at night).

I love that my working day can be top-and-tailed by something that fuels a growth mindset and inspires me to think beyond the everyday tasks or chores I might not enjoy. I always come away feeling more cerebral and evolved than when I started.

His access to A-List guests is incredible, many of them doubtlessly through his angel investing network, and the depth and breadth of his questioning creates constant learnings and actionable take-aways for the listener.

Given that there are now around 125 episodes in existence and for those that are new to these aural morsels, here are 15 that have made the most impact on me and represent a sound starting point.

I’ve helpfully broken them into categories for you.

The IceMan boasts a number of super-human feats including climbing Mount Everest (to 24,000 feet) in his jocks. He ran a marathon in the Namibian desert without water and sat in an ice bath for almost 2 hours.

His energy and enthusiasm is boundless and “can’t” seems to be a concept that has passed him by. I tried his breathing exercises and immediately increased the time I could hold my breathe by 1 minute.

Extremely detailed but enlightening introduction to the ketogenic diet along with amazing insight into the major causes of death in humans and how certain food groups are contributing to this.

The clarity and authority with which Dr Attia speaks is somehow very reassuring.

A good buddy of Peter Attia, proponent of fasting and ketosis, this episode goes hand-in-hand with #2 (above).

Together they provided the toolset to begin my loose experiments with a ketogenic diet and intermittent fasting, and led to the first major breakthrough in my eating habits.

Charles Poliquin is talked about in revered terms by strength training aficionados. He’s also said to have a massive ego and a ‘my way or no way’ approach to training.

This podcast does nothing to dispel that but it’s an interesting listen and he’s actually more humble than his detractors give him credit for.

More interesting to my leanings than Poliquin, Pavel – who is widely credited with introducing kettlebells to the West from Russia – introduces strength training concepts based around the Minimum Effective Dose formula that Tim Ferriss’ books are based heavily on.

He also has some hilarious views on oversharing which stops TF in his tracks at one stage.

This was a while ago and needs revisiting. The one thing I distinctly remember from this one is Arnold’s experiment with meditation which comes as a surprise initially but not so much when you think about it.

If you’ve seen Pumping Iron, this very much rounds out the piece, presenting a more cerebral and considered side.

This was, I think, my cherry-popper in terms of Tim Ferriss. And it’s a doozy.

Tony Robbins, like Tim Ferris, gets his share of haters. I sort of know why but I don’t subscribe to that myself. This delves into the minutiae of his morning routine and rituals, and it’s eye-opening, in every sense.

If you need something to galvanise you and provide pointers for setting up your day, this is a great place to start.

Maybe the most influential of all of them. On me, at least

And definitely the least expected.

Hypnosis, affirmations, systems and Donald Trump (picked as a likely President months ago whilst most viewed him as a joke candidate); it’s all here, delivered methodically and rationally.

Decorated Navy Seal Jocko seems to be easily translating his talent stack to corporate leadership and motivation. He lives by a fierce and disciplined code that is both laudable and slightly intimidating.

Definitely not one for BS.

Author of Vagabonding – a seminal travel tome I haven’t read but was a massive influence on Tim Ferriss.

Potts is just an interesting and interested dude who somehow seems to effortlessly grasp a bigger picture and live by it, in the same way most of us live by the 9 to 5 and smartphone rule. Inspirational.

World Memory Grandmaster which means he can memorise an entire deck of cards in ninety seconds. Also, a thoroughly nice-sounding chap with some wonderful and quaint-sounding views on wealth distribution and success.

Billed as a ‘fireside chat’, this is like listening to a posh Oxbridge professor who happens to be your own age.

There are two renditions of Derek recorded months apart, maybe even years. The first is the stock standard interview that is anything but. It details Derek’s success with CD Baby.

The second is a listener’s Q&A with Derek reading and answering questions in his own inimitable way. The conclusion is something else.

I love this guy.

Writer of Swingers; director of Elf and Iron Man; writer, director and star of Chef. Jon Favreau seems to be playing the Hollywood game on his terms.

After listening to this I feel Like I want to sit down over a beer and discuss a screenplay with him.

Talks about success and growth in a very level-headed and honest way and also sprinkles his vignettes with hilarious stories about his heritage.

Ruthless in the way he tests and re-tests his stuff.

He was subsequently fired but has been involved in several wildly successful start-ups since then, including SumoMe which powers a lot of stuff behind the scenes at Super Fit Dad.

Created WordPress, which powers around 25% of the internet. Seems genuinely humble.

Also try: Luis Van Ahn – founder of Duolingo and inventor of the captcha.

Key themes emerge through the interviews.

1. Around 80% of interviewees have some kind of daily meditation or spiritual practise.

2. Certain books are mentioned repeatedly. That means they are probably worth adding to your reading list. Specifically, Influence by Robert Cialdini crops up time and time again.

3. These guys are polymath high achievers and require a laser-like focus to stay on top of things. I don’t know if this means mere mortals like us should aim higher and give ourselves more to do, especially when the everyday grind can be so “grindful”. I do think it talks to the theory that most humans are probably operating at around 10% of their potential.

What do you think? Are there any other episodes I’ve missed? Hit up the comments or email me at sfd@superfitdad.com.au.

In the information age, the humble book runs the risk of being rendered obsolete. So,…

All new Dads know the drill. Any would-be or wannabe Dads might as well get…

Morning routines used to be a “thing,” popularised by Tim Ferriss’ endless probing and quest…