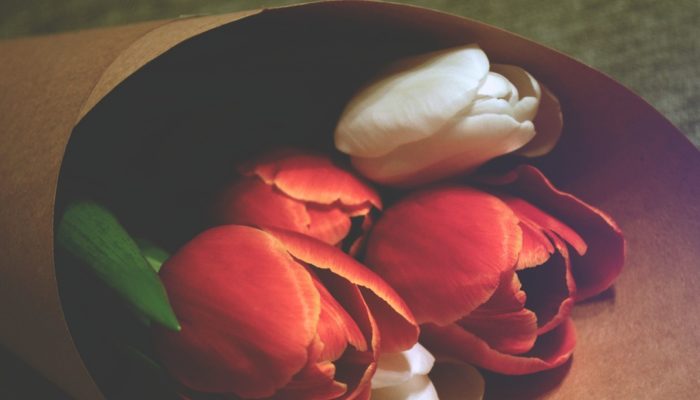 So you’re back on the dating scene. ‘Single and ready to mingle’.

Except you’re not sure what ‘scene’ exactly you should be on and ‘mingling’ is a term that makes you think of over-50’s speed-dating in a bingo hall. And raucous hen parties. Jeepers…

So you go through the regular channels. But there’s no-one at the gym who will look at you and all of your friends are in ‘relays’ so you don’t have a wingman.

Apart, that is, from your 26 year old Crossfit coach / buddy who’s built like an adonis and has shagged every single woman within a 6 kilometer radius (and plenty of non-single ones, too).

That’s the kind of ‘wingman’ you can do without – you’re already playing against a massively stacked deck.

Although both have their risks, the gym (or some other activity) and through friends are generally accepted as being the best way to meet a new paramour. Both incorporate pre-screening: you get to see them in lycra (more of that later) or you get to hear what they’re really like from someone you know and (hopefully) trust.

Worst case scenario is that you date someone from either pool, it goes tits-up and you have to find a new gym. Or group of friends. So what?

The other analogue method of meeting someone is through work. Two of my best friends have applied this method with great success. Again, massive amounts of pre-screening abound with the added benefit of demonstrating higher value (DHV), if you’re good at your job. Which you are, obviously.

Most likely there will also be (at least) a few weeks of subterfuge and ‘are they / aren’t they?’ office gossip to sneak around which will add a frisson to proceedings in the unlikely event it needs a giddy-up at this early stage.

There may even be the opportunity to get some of your initial dates paid for by the company and put through on expenses: #superfrugaldad. [Note: I’ve never done this. Nor would I. It’s immoral and involves defrauding some monolithic corporation who are paying you peanuts to sit in a cubicle all day. Who would do such a thing?]

But if none of this works you’re going to have to bite the bullet and hit up some kind of online scenario and that means only one thing: the minefield that is app dating.

Such proliferation means new ways of tapping into the supply chain but also presents a myriad of new banana skins for an untrained and vastly out of practise Dad-at-large to slip on.

Here are some of the key things you need to know in order to hack app dating and avoid it taking over your life.

1. Women On Online Apps Are Getting Hit On. A Lot

You absolutely have to differentiate yourself from the 209 guys that have already hit her up before breakfast this morning, all of whom she matched with.

DO NOT DO THIS. IT WILL NOT WORK (unless you’re my buddy from the gym).

Even if you say something ridiculously quirky or funny as an opener, chances are there’ll be some other, even funnier dude saying something just as hilarious. But you definitely want to be in this pool to stand even a fighting chance.

Be different. Be creative. Be funny.

2. Ask For Help With Your Photos

But the photo that you think suggests an enigmatic charisma makes her want to take out a restraining order against you. So ask a female friend to provide some perspective and calibration.

Often a date will say you look much better in real life than in your photos which is perplexing because your profile shot was taken by a professional when you were 4 years younger, 8 kilos lighter and had a tan. Takeaway: beauty is highly subjective.

If you have a pet, include it in your pictures (unless it’s a cat. They’re creepy and vain). If you have a wedding ring, take it off.

3. Have Some Game and Win The Spelling Bee

Assuming your photo-shopped pictures and stolen opening gambit have worked you need to follow up with some solid getting-to-know-you game.

The aim of this is to pre-screen as efficiently as possible to ensure minimum time is wasted going on dates with unsuitable candidates. Don’t feel bad about this. She’ll be doing exactly the same with exactly the same objective. It’s a win-win of sorts.

My friend Dan favours a survey-type approach that allows as much information as possible to be extracted and provided. Assuming there’s a decent ebb and flow he ploughs on from there.

It helps that he’s a professional copywriter, though, because he’s constantly surprised and encouraged by the number of female profiles that require good spelling in a prospective match.

Tactics abound for how to play the dating app game.

Swiping right every time to save time and then trawling through the matches and discarding your unwanted catch is one method that was (probably) dreamed up by a nerd in a bedroom with women issues.

It’s ungallant and desperate and, besides, karma’s a bitch. Try it and see what happens.

I do think there may be some merit in having a regular collection of messages that can be recycled as necessary in order to optimise the overall process. Do you really want to be typing a new message every single time? If so, you have too much time on your hands.

Dan uses the same line of questioning in his survey over and over, and then deviates as the circumstances dictate and once he gets to know someone, in much the same way he would if he were meeting someone for the first time in person.

5. When To Drop The Bombshell

You could just get it right out there in your profile: I’m the Daddy!

But assuming you don’t do that, what’s the best time to let the cat out of the bag?

Is it best done early and used as a filter? Or should you wait until you’ve wooed so that anyone who didn’t initially want to date a Dad can be persuaded by your numerous charms?

Either could work but I think the best thing is to be a straight-shooter with something like this. You never know, your little guy (or gal) could be like catnip to your date, although if you’re looking for an accessory to win hearts, I’d lead with a dog. Much less hassle.

If you can avoid app dating, do so. If you’re in a relationship and you think the app grass is greener, don’t be naive: it’s not.

The overall experience of the majority of users isn’t a positive one. Combine that with the opportunity cost of the time you spend online and it’s a low return investment.

That’s not going to put you off though. Let’s face it. My only hope is that some of these tips might just work for you or at least cut out a little time and effort that can be better spent on other things. Like being a better Dad.

p.s. Dan might be a See-You-Next-Tuesday but I got him to send me his opening scripts that he’s used with considerable success on Tinder, Happn, Hinge and Bumble. He’s also given them a run on J-Swipe but I’ll leave that one with you.

Need to maximise your dating efforts? Borrow these tips from Dan to get the conversation flowing.

Love this Post? Spread the Word & Help Out A Friend Who Needs This

Books, books everywhere. If you’re not reading them, you’re listening to them. On Audible, that…

The Perfect Diet For Dads (and just about anybody else)