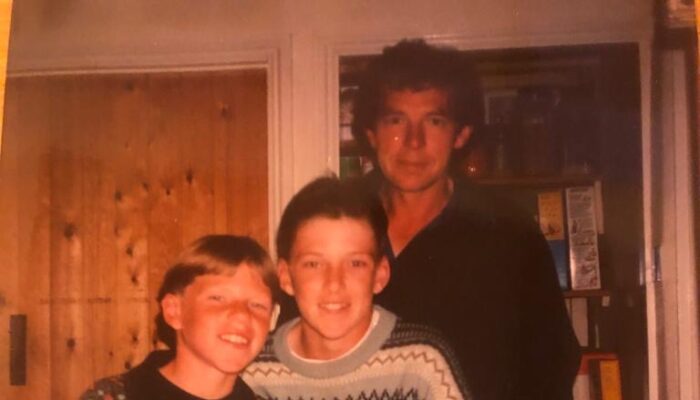 I’m reminded of this, firstly, by a kind friend asking me how I’m doing and then, as if by osmosis, by the Father’s Day-related takeover of my Instagram feed.

I’m not going to waste any time on the Instagram feed thing except to say it’s getting worse and more annoying with every round. Humans really are a bit lemming-like when it comes to that stuff. I’m not going to say any more in case I startle a woke Snowflake and get them & their crew of authoritarian liberals coming after me. Then we’ll all start taking a knee and who knows where that will end up?

Sooo….moving on to Father’s Day. What it’s done is given me time & opportunity to reflect (again) on my Dad and my Stepdad, and their untimely demises last year.

The thing about the Coronavirus is its had the effect of time seeming to stand still in some respect. The fact that we’re now deep into June feels meaningless given that much of the world has stood still since mid-March, or so it feels to me.

And given my Dad died in late December and his funeral was mid January, the pandemic has had the effect of slowing down the grieving process to some degree. Or that’s what it feels like.

Anyhow, I thought it might be a handy exercise (for me, if no-one else) to try and capture what I miss (or don’t) about the old guy; how I miss him more than ever and how he’s still pissing me off from the grave.

1. The Eerie Photo One Day Before Death

It’s my Dad in his chair in their conservatory, in his usual casual shirt & slacks. Striped socks & slippers. Grey sweater wrapped around his shoulders. So far, so good.

And yet the oxygen tube attached to his nose tells another story. His shirt hangs loose around his body, now a size or three too big. His cheeks sag. His eyes are closed, and he looks simultaneously both at peace & in pain.

On the table next to him lie an inhaler, some puzzle books (mostly sudoku) and a glass of champagne (no idea, but no judgment. At all).

All-in-all it’s not looking good. If ever a photograph could represent death, this may well have to be it.

This photo haunts me because I spoke to him on the day it was taken and yet twenty-four hours later he died. And when you don’t live in the same country as somebody, this somehow takes on a greater magnitude.

In the eulogy at my Dad’s funeral, I wrote about key memories of him, including his habit of singing us to sleep as babies / toddlers, mostly with the songs & poems of Bob Dylan and Leonard Cohen.

I remember the battered songbooks, inches thick, pages dog-eared and falling out. And the song that sticks in my mind is Famous Blue Raincoat with Leonard Cohen.

I’ve dipped back into Cohen over the years, driven really by a colleague from my commodity-broking days, John Damien-Lynch, who pushed me down a rabbit-hole of new-age ‘I’m Your Man’-era sounds.

But Famous Blue Raincoat clings to my psyche, more so than ever now. And whenever any Cohen song from that era comes on (like during the soundtrack of the Hunt For The Wilderpeople, for example), I’m straight back into the playbook which is both good and bad.

3. Corona Would’ve Got Him Anyway

With half a functioning lung, it’s a reasonable bet that the Old Guy wouldn’t have withstood a Corona onslaught.

So, to that end, perhaps his timing was well thought out and prescient.

However, as far as I’m aware you actually have to go out to contract the C-Virus, so given his hermetic existence maybe he would’ve been okay after all.

Whenever we hit a wall in conversation, we’d regress back to inane football chat, a really handy arrow to have in the quiver. I strongly recommend it.

Slight disagreement about parenting or finances? Steer the conversation back to Manchester United or Liverpool and we’re back on track. Winner, winner.

The same tactic can be used with any sporting event that features in the BBC Sports pages in my experience.

When I was 9 or 10 (I think) I played in county tennis squads for Leicestershire. At that age we played weekend matches against other boys from around the county.

One weekend I played Colin, who travelled with his father to Melton Mowbray for a game.

I beat Colin 6-3 but I must’ve behaved like an absolute twat because at the end of the match, Colin’s Dad said to me: “I hope you enjoy the rest of your matches, Ben. But I hope you don’t behave like that.”

I was banned by my parents from watching the Superbowl that night, a treat I’d been looking forward to for weeks.

At some point my Dad said: “I shouldn’t have let you win all the time at football. It’s turned you into a brat.”

And now, when I play football with Drake, and sometimes the only way to avoid a full-on meltdown is to let him win, I ponder this and wonder what the hell I’m supposed to do.

And on reflection, I realise there’s only one thing for it.

So I fly in with a sliding tackle that would make an Argentinian wince and carry him crying down the street to our house.

This way neither of us loses, really.

Just recently I got to spend nine days and nights with my little mini-me. This…