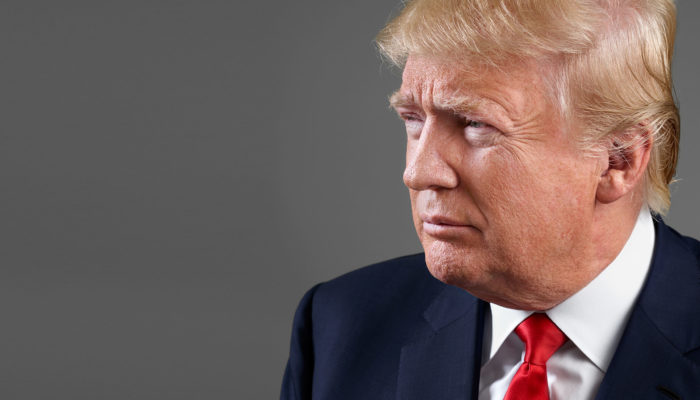 There are few things that raise people’s emotions as high right now as Donald J. Trump. Everybody has an opinion on Trump. He is, quite simply, killing it.

He has a big lead in the polls for the Republican (or Grand Old Party) nomination polls which means he could well be duking it out with Hillary Clinton or Bernie Sanders for the job as president.

He is also hitting around twenty-two headlines per day in US newspapers alone which speaks volumes to the way this campaign is catching on in a way we’ve not seen recently. Well, not since Obama got the vote.

I think Trump is in with a decent shot. There might be just enough nervousness amongst the intellectual liberals of America to keep him out, but don’t bet against it.

What’s funny is the outrage Trump generates in normally intelligent left-leaning folk who are driven to the point of apoplexy by his “bigoted, right-wing views.”

In actual fact, Trump isn’t especially right-wing. He’s actually criticised by died-in-the-wool Republican bona-fides for not being a true Republican. They may have a point. In previous years, Trump has donated hugely to democrat causes and even to Hillary Clinton’s runs for office, his nemesis now across the dais.

He’s quick-witted, says what swathes of the population think and is so far removed from the typical po-faced politician sitting on the fence.

This means people listen when he talks and even if he sometimes gets things wrong, he somehow gets away with it and blusters onto the next issue or question.

In this respect he’s the American Boris Johnson. As Mayor of London, Boris is a cult hero and there is some disquiet amongst staunch conservatives that he could make a decent run for Prime Minister if he decided to. 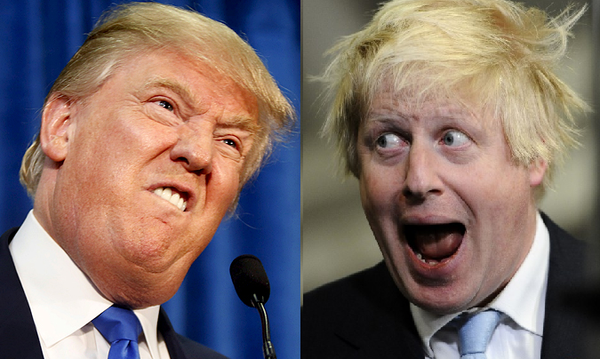 The safety of the Western world could soon depend on these two. Not remotely terrifying.

2. He Has A Track Record Of Getting Things Done In The Real World

Trump is worth billions. Exactly how many billions is a moot point but it matters not. He has a proven track record of getting things done. One time and under budget.

Quite how this would translate to a political environment with its myriad courts and senates but it remains an intriguing prospect.

In terms of deal-making alone he’s probably without compare anywhere so his negotiations with other countries would be something to behold.

Read his book ‘The Art Of The Deal’, written in 1987 when he was under forty, and you’ll see many of the same tactics he used back then are being deployed now.

The Republican party is all over the shop right now because of Trump. No matter who they put in front of him – and they don’t seem to know exactly who that should be – he puts them straight to the sword with effortless ease.

Watch the videos of him butchering Jeb (Bush in the debates and you almost feel sorry for poor old Jeb (or should that be Jabbed). When Jeb defends his Mother as the greatest woman alive and Trump simply quips that she should be running in place of Jeb, it’s a moment of comedy gold.

[I wrote and scheduled this before Jeb Bush suspended his campaign last weekend, despite attracting over$100m in donations].

Trump must be the least right-wing Republican that’s ever been in contention. No wonder they accuse him of not even being a ‘proper’ Republican.

His policies (which we’ll look at below) are pretty tolerant and left-leaning.

Because of this, there is some scurrilous rumour-mongering that he might just be a plant, placed by the Democrats to blitz the Republicans and clear the way for a smooth Hillary run-in.

As I mentioned before he’s a big fan of Hillary and donated hundreds of thousands to her previous campaigns. Surely, not…?

Trump’s policies echo eerily those of Bernie Sanders. Here’s how:

In one hilarious clip an interviewer read out a list of policies and characteristics to Trump and asked who she was referring to. The Donald, of course, proudly announced it was he, only to be told it was actually Bernie Sanders. Trump simply shrugged and moved on.

For now, at least, he can afford the odd gaffe.

With other politicians funded entirely by donors and, therefore, subject to puppeteering it’s refreshing to have a candidate whose agenda is entirely their own.

Could you imagine Trump pushing a policy he didn’t genuinely believe in? Me neither.

By flying solo he has a clear point of differentiation from the dynastic Clinton’s and Bush’s who swoop and prey on donations like vultures. They simply don’t know any other way.

7. He Has A Unique Talent Stack

This one I’m stealing from Scott Adams (creator of the Dilbert cartoon) – whose brilliant Tim Ferriss podcast put me onto his equally brilliant blog – who points to The Donald’s unique combination of talents being what make him such a threat. Consider his strengths:

Think of it this way. If prior to the election campaign getting going (and assuming you had some passing interest in politics, or even if you didn’t), someone said they could provide a candidate who possessed the skills listed above, would you take them?

Hell, yes. Of course you would.

With a combination like this, it’s no surprise Trump is crushing it. More to the point, how many of these qualities are ticked off by any of the other candidates, Republican or otherwise.

Trump (probably) won’t be the next President of the United States. There’s probably just too much at stake for that to happen.

But one thing’s for sure: he’s got the Republican party in a tight spot and if he gets the nomination and assembles the right sort of team, he’s not going to go down quietly.

Which is great sport for all of us.

How To Make An Extra $1m Before You Retire

Do you know how much money you'll have to live on when you retire? Do…

Everyone is out to rip you off these days. There are vultures everywhere. As Ferris…