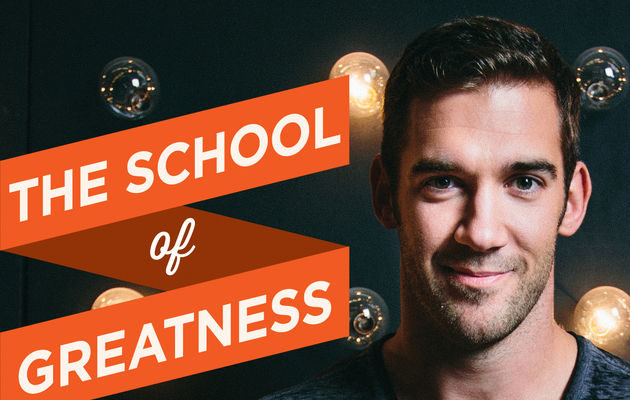 I can’t remember where I heard about Lewis Howes and his podcast, ‘The School Of Greatness.’

It must have been during a lull on the Tim Ferriss podcast. Or maybe I looked up a guest on Tim Ferriss and was directed to ‘The School’ instead.

My initial hopes weren’t especially high. Lewis Howes looks like an all-american frat boy, very much in the mould of Tom Brady but without quite the same level of beauty.

Can this dude really unpick the minds of top performers and delve into the minutia that took them to the top? Isn’t he just a bro, cruising on the back of his ample charms and top-notch genetics?

Turns out I was both right and wrong.

He looks like an all-American jock because he is, or, at least, was a top college footballer. And, for absolute clarity, we’re talking American college here, not the local sixth form college, where you go to pick up a couple of average A-Levels and your first few STD’s.

He also played a year of professional football after college before injury curtailed his career.

I was wrong because, whilst he’s not as scientific and devil-in-the-minutia-of-the-detail-centric as Ferriss, he brings a warmth, curiosity and genuineness to his interviews and, perhaps, ask more of the layman’s questions: the questions you or I might ask if we were in his chair.

That’s not to say it’s a dumbed-down version of The Tim Ferriss Show; not at all. It’s just a less analytical conversation and, possibly but not certainly, a warmer one for it.

Anyhow, here are some of my favourites. I listened to most of them as I pounded the pavements of East London during a recent stint there. I guess there’ll always be a part of London Fields that I forever associate with Lewis and his School Of Greatness.

Best known for discovering and, subsequently, managing Justin Bieber and now co-managing Kanye West, I was expecting some kind of show-biz douchery from this episode.

Instead, there’s a engaging and thoughtful dude with a complete understanding that with great power comes great (social) responsibility. Mind-blown.

Wim Hof shouldn’t need any introduction. His use of the cold as therapy is now widely practised and beloved by free-thinking fitness professionals everywhere. This isn’t to be confused with the ‘ice-baths for recovery’ practice used by sports teams and athletes.

It’s the extreme feats that Hof is able to perform when exposed to freezing waters or temperatures that garner the highlights, though. He ran to the ‘death-zone’ of Everest in just his boxers, for example. The list goes on. Look it up here.

As with his Tim Ferriss podcast, this delves into the science of neural adaptation but never gets heavy. Mainly because Wim is completely charismatic, and a wonderful storyteller and, seemingly, person to boot.

This video (above) shows Wim demonstrating his technique with Lewis Howes.

Cory G is a fourth generation coal-miner who at the age of 40-ish (or just below) is racking up fitness magazine covers like their going out of fashion. He has three kids and an ‘Old School Gym’ where he trains each morning at 4am with acolytes who flock from miles around to feed off his insatiable energy.

He has the patter to go with his physique and is impressive for the amount he’s sucking out of life when most of us are struggling to survive.

Listen out for the description of his pre-7am routine to fire you up. 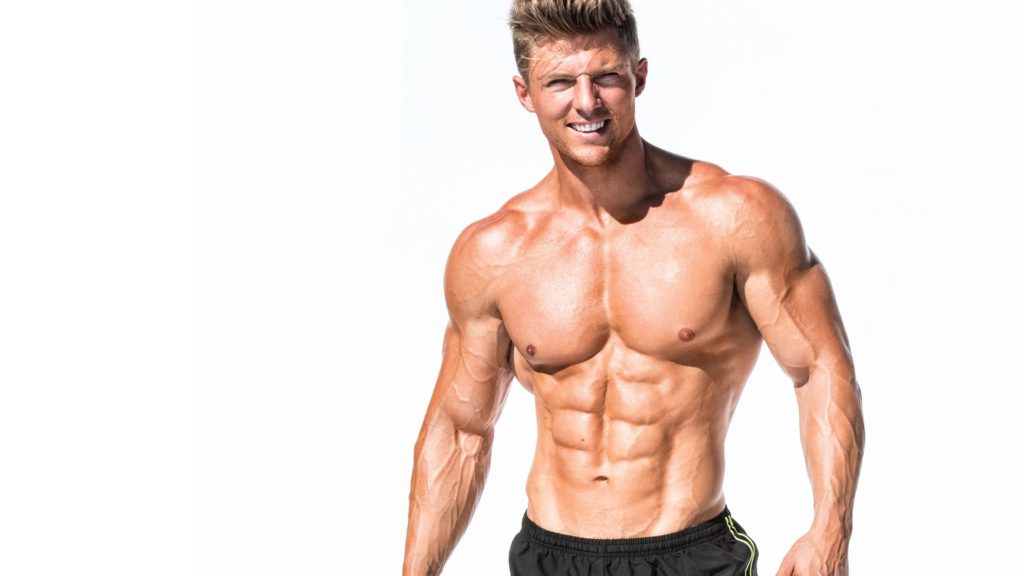 Don’t worry. He’s not a Dad yet. That’s why he looks like this!

I’m now an avid consumer of his content. Plus, he has a smoking-hot girlfriend who is actually his equal (and possibly, superior) in physiquing.

Since listening to this podcast, I’ve bought 2 of Jonathan Fields’ books (I think there are only 2).

A great storyteller who has repeatedly performed the trick of creating successful and considerate businesses, seemingly (but obviously not) effortlessly.

Mel Robbins is one of those annoying women who seemingly can do it all. Whatever she turns her hand to becomes ragingly successful and with her ‘5 Second Rule’ she goes straight for the jugular of the procrastination and inertia that can paralyse us and stop us achieving changes that we want. Very inspiring.

A real-estate mogul who applies his sales chops to all industries, this guy is all energy and enthusiasm and, guess what? It’s contagious.

A true rags-to-riches story told in the style of Tony Robbins’ younger brother.

A fit-preneur and cover model, Marc Fitt has build a massive following, mostly under his own steam, learning as he’s gone.

What I took from this was his relentless self-development in skills that have accelerated his brand in a saturated market.

A brutally honest and open deep-dive into the machinations behind the behemoth that is Crossfit. As an organisation, Crossfit has a rep for being controlling and i was expecting something similar here.

But, no, just complete transparency from a clearly ferociously intelligent guy who just wants to keep it simple.

Check out some Crossfit workouts you can do on your own before setting foot in a Crossfit box HERE.

One of the world’s biggest DJs swings by for a chat and goes deep into how we was groomed for success in very different ways by two completely different parents, and the costs associated with such a model.

Also, the subject of a Netflix documentary that I talk about here.

Okay, this was an absolute bust. Lewis admits as much himself.

Despite trying to crack the carefully constructed and totally opaque veneer surrounding Lopez’s self-created hype, Lewis didn’t get too far and apologies to listeners at the beginning.

I came away none the wiser, having tried to understand what Tai Lopez is actually bringing from the get-go. Sort of car-crash podcasting, though, that keeps you listening in the hope that you’ll see something. Anything.

Best known for The Office (American edition), Wilson is thoughtful and deeply spiritual in a way that makes you want to become more spiritual yourself (rather than turning you off through their dogma).

In fact, he’s so calm and measured listening to this actually feels like therapy.

The UFC brawler is softly-spoken, erudite and thoughtful. As well as being highly dangerous, obviously.

In terms of countering fighter stereotypes, this is a masterpiece. Male relationships, masculinity and lessons learned in the Army and throughout a glittering wrestling career, this is an all-American hero who confounds from the beginning.

As a business advisor to Tony Robbins and Ramit Sethi (amongst others), this guy should get your attention immediately.

And he does. I relistened to this recently and my initial hesitancy (for the first three minutes, as I’m thinking snake-oil salesman) is beaten down with, first, a little science of marketing and then some fantastically outlandish stories.

A brilliant overview of the paradigm-shifting idea about using fat as your primary fuel source.

As the founder of the influencial Mark’s Daily Apple blog and author of the Primal Blueprint, Sisson is an ex-endurance athlete with a 2:18 marathon to his name.

He also renounced the ‘chronic cardio’ training routine and instead focuses on ‘living an awesome life’ comprising balance and activities and generating the best results possible with the minimum required effort (a take on Tim Ferriss’ ‘minimum effective dose’ approach).

Lewis Howes and his School Of Greatness is a force for good, with its endless quest for self-improvement, and his ever-growing reach and audience means there’ll be no shortage of even bigger-name guests clamouring to share their story with him.

His easy manner and goofy charm makes his episodes ultra-accessible so I’m gonna turn the tables and throw some appreciation his way for making learning and trying to grow so straight-forward and fun.

As the Antipodean winter well and truly begins to bite, everything can seem that little…

I caught up with a mate for coffee recently. I know, how Sydney. Because it…