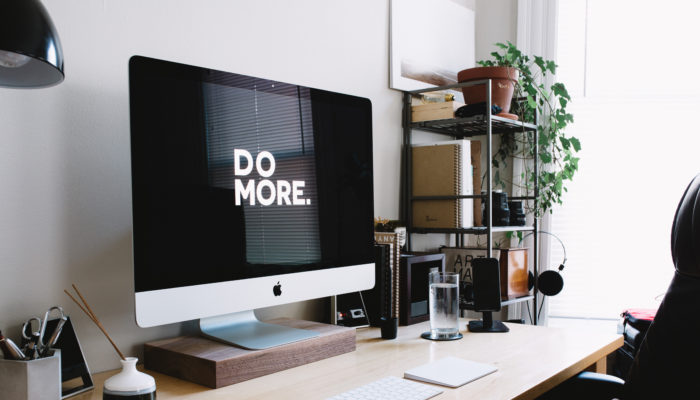 In an endless quest to save time and be more efficient I’ve been dabbling with these daily strategies recently and recommend them all highly.

Are they genuine Lifehacks? I’m not sure.

Do they work? They have been working well for me. Some more so than others.

Is a nine minute shower normal? What are people doing in there?

Regardless, that’s a lot of shower time. 62 hours a year, to be exact. Or close to exact, anyway.

So let’s jazz it up a little.

At the end of your shower, suddenly turn off the hot water and luxuriate in the icy cold water for 30 seconds. Then switch the hot back, bringing her up as hot as you can stand for 30 seconds. And then switch is right back to cold for another 30 seconds.

The end. It’s crucial that you always finish with a cold blast.

Why should you torment yourself in this way? Here’s why…

We’re getting old and whether we like it or not, that means are muscles are wasting away more quickly than they used to, catabolising to give the scientific term.

Nowhere is this more pronounced than the morning when, after a ten hour gap between meals (say, 9pm through to 7am, for example), we immediately fuel up with mostly carbohydrates that don’t really help us, or our poor depleted muscles.

That’s why a protein-rich breakfast is pretty much a non-negotiable for me now, as I try to maintain lean muscle and maybe pack on a bit more.

My old routine looked a little something like this:

7.45am – Have coffee and toast [No or minimal protein]

Barring some milk, there’s no protein from 7pm until mid-morning here.

No wonder I wasn’t gaining any new muscle.

That’s a massive difference in protein consumption and it gets me well on the way towards the 200g of protein I’m aiming for to hit my goal-specific macros.

The result is that I’m steadily gaining weight and mostly in the form of lean-ish muscle. Current weight is 85-86kgs.

Regardless of your goals, there’s a decent case to consume more protein and especially in the morning to get a head start.

I have, at various times of my life, considered myself a ‘runner’. Not a very good one or a very fast one, but a runner of sorts, nonetheless.

Yet, unless I have a race in the diary, I can barely get myself out the door to go for a run.

However, once you’ve committed to something, especially if it’s new or likely to be a stretch for you, it’s amazing how quickly the excuses disappear and the disciplined training begins in earnest.

It doesn’t have to be a race, either. The ubiquitous 6 or 8 Week Challenges are great because there’s usually some kind of measurement at the beginning and end which enables you to track against your goal.

And it doesn’t matter if your work or personal commitments mean you can’t do all of the workouts or absolutely stick to the prescribed diet plan. That’s fine; life gets in the way sometimes.

But, by clearly setting your intention, any intention, you will be held accountable publicly and also personally (as in, by yourself), and that’s proven to be a sure-fire way to reach your goal.

To this end, I’ve just shot myself massively in the foot by registering for the San Francisco Marathon in July, revisiting the scene of my first marathon 10 years ago.

Back then I didn’t have a kid. I had 1 job and not 3, and wasn’t involved in football or tossing iron around. Could be an interesting few months.

If you spend too much time on your phone, raise your hand.

That’s pretty much everyone, right.

More worrying is that studies have shown that people actually tend to underestimate the time spend on their phone by up to 50%, so even if you didn’t raise your hand, chances are you probably should’ve done.

One method that’s been proven to reduce the allure of the screen is grey-scaling the display.

Turns out that without those pretty little colours, we’re programmed to not be as attracted to it.

Kind of like those butterflies that start off a greyish-brown but then project vivid colours to attract a mate, our phones have evolved to kidnap our brains with pretty images.

So I’ve recently been doing a series of 24 hour greyscale challenges where I switch the screen for 24 hours and see if anything bad comes of it. Like the entire cosmos fall apart because I haven’t been checking Facebook so frequently.

Turns out nothing bad happens.

I’ve also been using an app called Realizd which tracks how many times you check your phone each day and for how long.

And check out this link to a Cal Newport Ted X talk about why you should consider ditching some of your apps.

Next time you’re in the gym or down the park (if it has an outdoor gym) include some general bar hanging your session.

Hanging from the bar helps to decompress your spine which, during the course of a day, can lose up to 1cm as fluid is pushed out of the joints by us simply being upright.

On the left is a section of your compressed spine. On the right, the decompressed version. Looks much better, right?

It’s also a really good way to make sure your shoulders get fully extended which helps to keep us upright and stop our shoulders hunching over.

I include these as part of my warm-up with 30 seconds of hanging followed by 30 seconds of rest for 4 minutes with different grips.

I go with palms out (normal pull-up grip), palms in (chin-up grip) and palm facing in (hammer grip)

This also warms up your forearms and grip and let’s them know there’s some work coming.

If you’re anything like me you go through gym gear pretty quickly.

More to the point, after a session my t-shirt is soaked and needs to go in the dryer before it gets washed.

So that’s why I find it galling to go into the Nike store and find they’re asking me to pay $90 for a gym t-shirt.

Admittedly, it’s at the top end of their range but, even so.

That’s why it’s worth signing up to the Aldi app or dropping into K-Mart every once in a while to check out their sportswear. We’re talking somewhere in the region of $10.

Don’t get me wrong – I love Nike sportwear. I’m a Nike guy. I think they design some cool, technical apparel.

And haven’t tested Aldi sportwear over the course of a football season and during countless workouts, I’m telling you straight up: there is no discernible difference in quality, especially in the wicking-fabric t-shirts.

So, next time you’re at the checkout in the Nike store, run the hell away to Aldi / K-Mart and then spend the difference on a sports massage or a present for the wife.

I like each of these ‘hacks’ because there’s little or no deviation from your normal routine and the potential to derive significant benefits. Little to lose and loads to gain has to be a bet worth placing.

The Hidden Pleasures Of Giving Up Alcohol

Dadbods..? You have to be kidding.

#dadbods is trending hard right now; a strange phenomenon whereby, all of a sudden, portly…