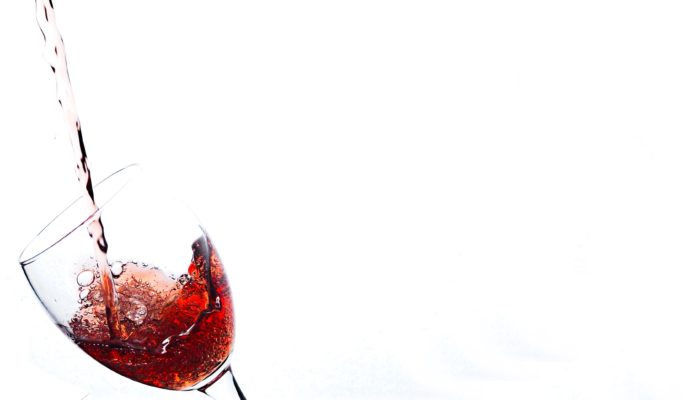 Recently I ditched the grog for 50 days straight.

This might not seem like much but for me, as a borderline professional wine drinker, this was a stretch.

You see, the ole fermented grape-juice has been a part of my adult life for a long as I remember.

First as a poor, aspiring writer returning to an empty apartment in Nottingham (after a year in Australia) with no friends and plenty of time on my hands, I leant on the wine as I poured my soul and creative heft into the first draft of a vaguely autobiographical novel. I made 90,000 words before realising that my meagre skills lay elsewhere.

Moving back to Australia in 2010, I quickly found good company in wine, women and song, some of which ended up in marriage and fatherhood, neither of which being particularly terrible, although not without their challenges.

I think there’s a reasonable conversation to be had around wine being the modern-day ‘Mother’s Ruin’ (which is the name given to gin and the five o’clock tipple that used to be a daily occurrence in many households) – a low-level sedative that keeps us all in check. But now’s not the time, my friends.

Which brings me back to today.

A fairly indulgent period, out of which not much good came, I decided to ditch the drink for a while and see how I went.

The outcome of this experiment? Not as bad as you’d think. Here’s what I learnt.

During my sans-grog period I trained like a demon, at one point doing three CrossFit classes in one day.

That I was able to do this and actually pull up reasonably well with minimal soreness the next day must be, in some way, attributed to the lack of booze. I simply don’t think I could have done this otherwise.

As the years advance, the hangovers become more punishing and bounce-backability is crucial so, for me, a drastic reduction in consumption or possibly total abstinence is the way ahead.

Alcohol lowers your inhibitions. Which means that if you’re a total seed you can get into some scrapes.

Personal, professional, romantic, domestic…the list goes on. Being off the the grog removes this dilemma and paves the way for more consistent behaviour (see below).

Linked to #1, this is a major benefit.

No moments of regret. No waking up wondering where you are or what mischief you got up to last night.

There’s no doubt about it. Not drinking makes you feel quite smug, especially if you can hold a hard line while others are getting mortal.

My sobriety period included the Melbourne Cup and the Silly (Christmas) Season which was challenging, but actually gave a stern test and strengthened my resolve in certain circumstances.

Multiple Christmas parties in a single evening, where most other participants are oscillating between fine merryment and downright obnoxiousness, brings your sobriety into later-focus quicker than you can say “kiss under mistletoe.”

One of the main benefits I found with being stone-cold sober was that I could drive everywhere. Bars, restaurants, dinners, parties…I was the designated driver par excellence.

Whilst this could be frustrating at times in terms of a little SOMO (sadness at missing out), it was great to be able to arrange things on a dime, offer up a little extra service to those I like hanging out with and remove (temporarily) an issues with Uber drivers getting lost. It is also a fairly cheap way to travel.

This worked for me, mostly.

I could get used to the constant clear head, the ability to recover quickly & train hard, and the all-round benefits in terms of weight-loss, vitality and fresh-facedness.

On the flip-side, one of my greatest pleasures / weaknesses is fine-dining and I don’t know if I have the fortitude to do it without the wine, which is, for me at least, such a fundamental component of the whole experience.

The next experiment will begin shortly.