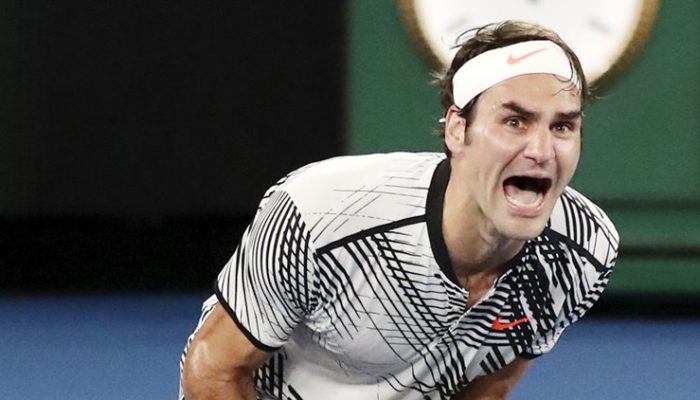 It feels a little bit like that now. Or certainly the most surreal of times.

Things keep happening that have no right to happen. Things that defy logic, not just to a curious degree, but to a ridiculous degree.

To a degree that hasn’t happened before and seems to either delight us and warm the cockles of our hearts or that fills, normally sane and rational, folk with an irrational and absurd level of opprobrium and apoplexy.

For the former, think: Leicester City winning the Premier League.

For the latter think: Donald Trump winning the election.

If you fall into the category of people who still can’t believe the latter, you should watch this video:

In a lively debate with my sister-in-law last week, I was accused of a heinous crime. “Ever since you’ve got here, you’ve been supporting Donald Trump,” she railed.

Crikey, Sis, calm down. I’ve been here (in London) for six months. That’s a hell of a long time to spend focusing on Donald Trump. What about the time I’ve spent at work? Or at Crossfit?

If anyone should watch the video it’s her. Bless here [that’s a joke, before I get any more do-gooders accusing me of fem-shaming or whatever else it is now.]

I’m no Trump supporter and I don’t care much for politics, largely because it seldom seems to have any real impact on our lives. But, then, I’ve not seen hospitals closed down or industries privatised. So I steer clear of what I don’t know or understand.

I did write this article back in February, a full nine months before the US election, pontificating upon a Trump victory.Not as a supporter, but based on science and the intelligence of or foresight of others.

But, I digress. What I meant to say was that other unlikely, nay, absurd things have been happening in the world. Things that have no right to happen and defy logic.

And think this…Roger Federer winning the Australian Open tennis championships which was, and is, to me, at least, the most unlikely and impossible out of all of them.

What made it even more remarkable was that he defeated his arch-nemesis Rafael Nadal in the final.

Once they had cut their respective swathes through the draw to reach the final, in itself something that attracted odds of 1000-1 at the start of the tournament, I gave Federer a 10-15% chance of victory.

The Case For The Bet

This was based on a mixture of evidence:

As a committed Fed-Head, I saw the writing on the wall. Although my heart was all Federer, my head knew it was a foregone conclusion.

So I hedged and placed a $1,000 bet on the outcome, which would almost double my money once Nadal scooped up the crown and, annoyingly, moved to 15 Grand Slam titles, only two behind Roger.

With the French Open next, Nadal would surely move to 16 Grand Slams and the debate about the GOAT would be reignited.

My Ladbrokes winning would be my only consolation.

Obviously, I couldn’t bear to watch the match. No way, man. I’ve sat through enough of these finals, full of hope to begin with before moving to full-blown despair as Federer’s backhand has crumbled, not unreasonably under the constant barrage of forehands.

The first few sets ebbed and flowed as they often do in these encounters but once Nadal won the fourth set and got an early break in the fifth it was all over.

Desolate, I comforted myself by mentally spending my winnings and patting myself on the back for my shrewd investment.

Then something remote began to happen, something even stranger Donald Trump beating 17 other candidates to win the Republican nomination and then beating the democratic establishment and their Super PACS (whatever the hell they are); something as strange as obscure minnows Leicester City outflanking Manchester City, Manchester United and Chelsea over an entire football season.

Federer went on a shot-making spree and won five games on the spin, snatching victory from the jaws of a certain defeat.

It was a demonstration of unbridled skill and genius, and came from a position of absolute vulnerability. Although Rog probably didn’t see it like that.

Like most people of my vintage, I’ve watched a solid amount of sport over the years. But I’ve never seen anything quite that.

So my “investment” failed. Of course I’m a little disappointed. Or am I? The principles behind it were sound; I just reckoned without the unswerving self-belief of the GOAT and the fact that we live in absolutely crazy times.

The Monk Who Sold His Ferrari

If one modern day parable isn’t enough, here’s another one for you.

A good friend whose opinion I value recommended a book to me. Of course nobody reads actual books anymore (but don’t get me started on that), so I used an Audible credit and downloaded it.

The Monk Who Sold His Ferrari is a fable about a high-flying lawyer who burns out before heading to India in search of inner…something…peace, I guess.

The lessons he returns with and subsequently shares with his friend and former colleague, who narrates the story, serve us all in some way, especially those of us trying to make sense of our place in the world.

For some reason the line about slipping into “the middle class comfort zone” both resonated and scared the heck out of me.

Betting is bad. Eastern philosophy is good. Leading an exemplary life boils down to mastering a few basic tasks and sticking to them religiously.

I can’t put it any more simply than that.

Books, books everywhere. If you’re not reading them, you’re listening to them. On Audible, that…

Hacking The Classics – Increase Your Intelligence In 10 Songs

I used to drive all over the country for work. The UK, that is, not…