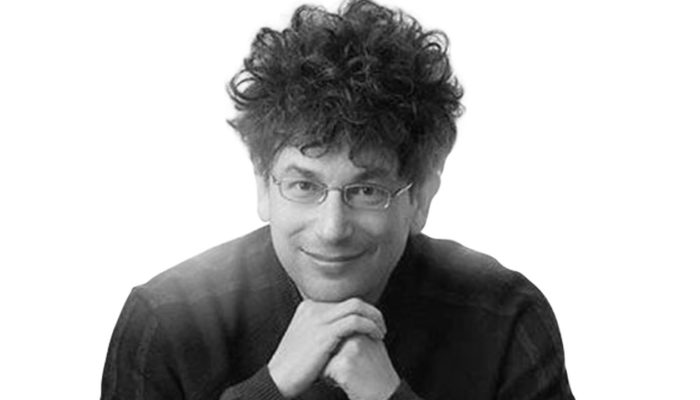 James Altucher was a guest on someone else’s podcast. Who is this over-confident New Yorker with a nasally whine, I asked myself aloud in the car.

I’d never heard of him, yet here he was trumpeting views and espousing theories that were being lapped up by the host (I can’t even remember which podcast it was, possibly Lewis Howes).

So I turned it off and listened to something else.

Yet somehow, inexplicably, our paths crossed again. I gave him a second chance and what started in the dumpster has flourished into something beautiful. A friendship of the highest order.

We speak the same language, our lives have traversed similar pathways, we laugh at one another’s jokes. It’s a burgeoning bromance and there’s barely a thing we don’t agree on.

He just doesn’t know I exist because our relationship is based entirely on his podcast, which attracts his friends, or people he knows with something to promote (which, let’s face it, is what powers 95% of the interview-based podcast industry. Which is massive and continues to grow at a frenzied rate).

His network is broad and deep to match his knowledge-base, experience and skill-set. This makes for fascinating conversations.

Altucher’s back-story is here. He makes it more interesting than I’ll be able to. It’s his life, after all.

Here are some of the most useful things I’ve taken from our nascent friendship.

Borrowing heavily from the concept laid out by Earl Nightingale in this video  [from around 9:30 if you’re in a hurry but I’d advise you to watch the entire thing], Altucher’s daily practise includes writing down 10 new ideas per day, every single day.

The idea is that creativity, like your bicep, is a muscle that can be grown by daily practise and use. Therefore, just as we workout our various muscle groups, we should take our idea-muscle to the gym every day, too.

At least nine (and probably more) of your daily ideas are likely to be of no value whatsoever. But every so often you’ll have a good one; one that you can turn into income or happiness or free time. Maybe once each year you’ll have a red-hot-smoker of an idea that will transform your life.

Altucher has been trying his hand at stand-up comedy. This isn’t a bad shout given he’s funny, self-deprecating and has big, crazy hair. By his own admission, he’s sometimes recognised by his silhouette alone.

This involves performing at comedy clubs in NYC alongside actual comics.

To further his craft and in line with his general M.O of contrarian-ism, he decided to practise his stand-up on the New York subway. Moving from carriage to carriage, he went, telling jokes to commuters.

The outcome of this is yet to be revealed but it talks very directly to a couple of points.

1) Jesus. The guy is obviously insane.

2) I’d imagine to crowd at his next stand-up show seemed a lot less intimidating after the impromptu subway show.

Alutucher basks in the glowing embers of his many failures.

The 17 of his 20 companies that have failed. The time he lost $15m (after selling his company for that amount) and ended up with $437 in the bank. The divorce. The loss of his family.

And yet he doesn’t glamorise his failures. He tells you exactly how bad they were. He opens up about being curled up in a ball on the floor and feeling suicidal.

Which I guess is still fairly easy to do when you’ve risen, phoenix-like, from the flames, your businesses are turning over $15m per year (at least).

But it’s still a welcome change.

The calibre of guests on his podcast attests to the network that JA commands.

One of his early strategies (or at least one he recommends) refers back to when he was down on his luck, unable to get meetings. He contacted people he wanted to meet with, not simply to ask for a meeting but to provide them with ideas that they could use to improve their business.

Providing meaningful value over-and-above the norm, is one sure-fire way to get somebody’s attention.

In the early days of superfitdad I used a similar strategy to re-write blog posts that various fitness influencers had written and send them my revised version with the changes marked up and the offer to review and edit future posts. This led to a spell writing content for Keegan Smith’s Real Movement Project which sharpened my writing up and got it in front of an audience of tens of thousands, instead of a few close friends. And the dog.

I’ve listened to maybe forty or fifty of The James Altucher Show podcasts and, alongside his generosity with ideas, it’s his relentless curiosity that teases out some of the best insights from his guests.

He interrupts often, and uses the same technique to make it endearing every time, but usually it’s to ask the questions that you, as the listener, are thinking. He routinely starts questions with: “I’m curious to know…”

He also frequently stops to unpack something a guest has said, normally for complicated topics like the recent episode with Naval Ravikant on bitcoin, which is a must-listen if you’re curious to know more about the creepy, bubbly currency that has morphed from something to buy your steroids with (allegedly), to a completely mainstream store of value.

I could go on but my fan-boy-ism is already topping out. If you’re looking for a new podcast (or friend) to add some Dad-liness to your bro / tech / biohacking gang of mates, then I strongly advise spending a little time with James.

Here is his TED talk that he is clearly using to practise his stand-up comedy. It’s hilarious.

One way to continually improve through life is to pay attention to your talent stack.…