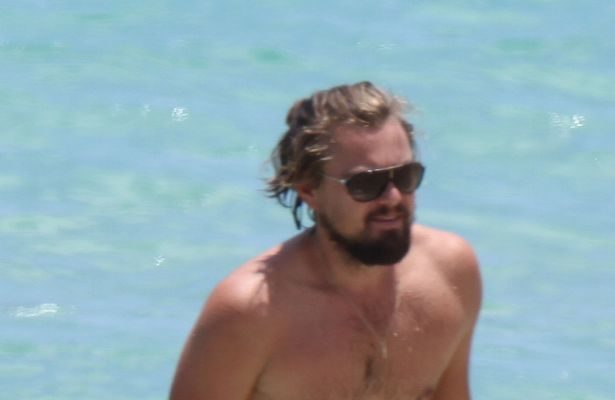 #dadbods is trending hard right now; a strange phenomenon whereby, all of a sudden, portly is prized, podgy is pleasant and pot-bellied is perfect. I’m not buying it, however.

As we gaze at images of spindly-armed, slightly pasty, beer-bellied blokes, we are supposed to feel some kind of affinity or affection towards them, as if their body (or lack thereof) is somehow symbiotic with being well-rounded, caring and in tune with the world.

It doesn’t matter that one of the poster-guys for the Dadbod movement – Leonardo Dicaprio – isn’t even a Dad (to my knowledge). He’s an imposter.

And he’s acting. Acting like he’s some kind of ‘King of the World’ who can single-handedly commandeer a $20m yacht with a bevvy of buxom beauties without even having to work out. This stuff doesn’t happen in real life and he knows it. He’s acting at playing himself in the movie of his life.

For ‘real’ Dads, the creeping inevitability of the Dadbod is all too real. When you’re in the trenches without decent sleep for days on end, the idea of exercising can be a distant dream. 15 minutes of alone time with a kettlebell feels just out of reach; an hour at the gym or your local Crossfit box (plus 15 minutes driving there and back, and 15 minutes of stretching) is like an teenage sweetheart who you know you once knew but can’t really remember clearly. I get it, it’s hard. I’ve been there.

And whilst times like these exemplify the exact moment you should give yourself a break and not beat yourself up for your lack of energy or discipline, they also offer an opportunity to be creative and give yourself a mental break by exercising and benefitting from all the good that comes from it in terms of relieving tension and anxiety, lifting your mood and firming up the wobbly bits so beloved of Dadbod admirers.

My guess is that this trend will pass like a storm, common sense will prevail and we’ll be back to working on our bodies (and our minds) in no time. After all, as a kettlebell infatuated colleague, who accidentally obtained a Dadbod two years ahead of the game, once lamented to me during a lull in his training: “I’m currently managing to be both fat AND thin, and nobody wants that.”