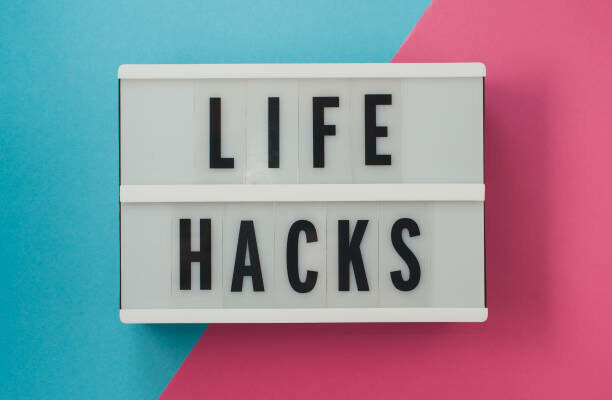 Life hacking, once considered hip, new and cool has now been relegated to something far less quixotic and interesting.

These days it feels as though we’re all living in what is bascially survival mode, and what used to be a funky trick to give us a lift or advantage is now necessary to live a MVE (minimal viable existence).

Tim Ferriss is the high priest of hacking and, whilst I’d never say a bad word about him – considering him (as I do) my first ever Guru and general human compass – it feels like hacking for quick wins has been somewhat superceded by the need for longer term, deeper, fixes.

Which, ironically, is the crux of his message, citing the fact that of the “top performers” he interviews on his podcast, 80% have some kind of meditation or spiritual practise.

Given all of this, it might seem counter-intuitive that I now present a list of some of the current ‘hacks’ or fixes I’m deploying to keep me on an even keel, but I view these as life-enhancing habits rather than quick hacks or fixes.

1. Forest Bathing (aka walks in nature)

Forest bathing, or Shinrin Yoko, to give its proper name basically involves going for a walk in the woods.

It’s very soothing and if you look hard enough you see something new every time. #notsofitmutt and I walk the Enchanted Forest near my house most mornings and it’s one of the things I most look forward to each day.

I’m trying to get off the phone so I’ve deleted my news apps in an attempt to minimize the potential distractions.

So far it’s not working but I’m in this for the long haul.

April is going to be a booze-free month on the back of the 50 days I miraculously managed last year. No more whiskey tastings, no more sundowner beers. No more wine…

Kirtan is a form of meditation that involves chanting various mantras in Sanskrit and a call-and-response type of fashion. I first did it on a family yoga retreat a couple of years ago, and I’ll be damned if it’s not fun, uplifting, euphoric and calming all at the same time.

To start with Kirtan can be a bit daunting so I’ve found it easier to fly solo rather than go with friends or, heaven forbid, on a date. If you can leave your ego at the door, though, and get into it, it will reward you.

If I’m not truly in a woo-woo mindset and aren’t in the form for Kirtan, gong sound baths are by no means a poor substitute. Same goes for a more “normal” meditation class or even a yin-yoga session with some mediation at the end.

You essentially lie on the floor on a yoga mat, cover your eyes with an eye-mask and your body with a blanket whilst the practitioner/s create an eclectic soundscape – ranging from ambient tranquility to whirling cacophany and everything in between –  using various instruments and tools, usually gongs, Tibetan bowls, handpan drums.

Being able to switch of the phone and lie in stillness for an hour or two feels like the ultimate luxury these days. 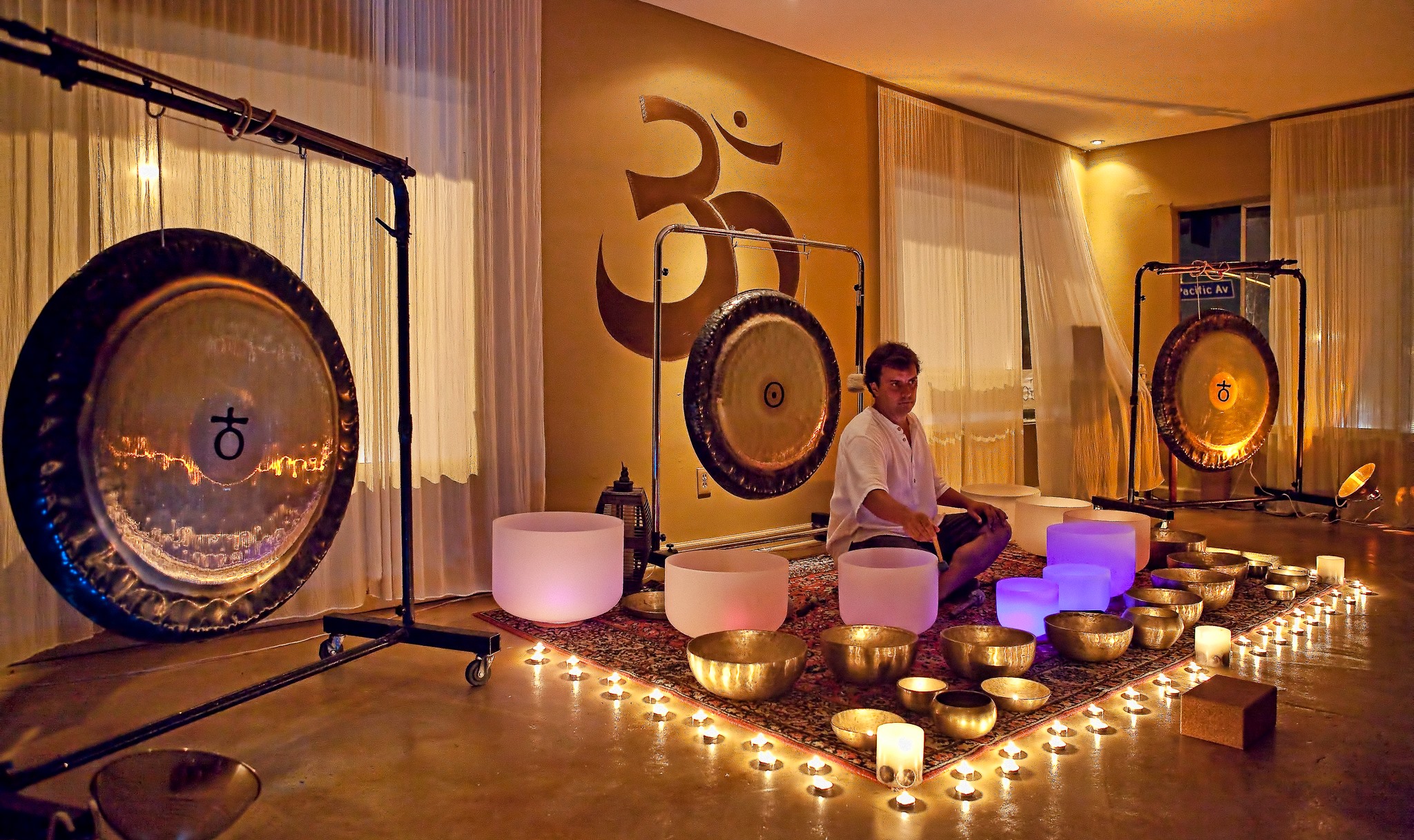 Soundbath set-up – after the Pimp-My-Ride-style makeover

5. Trading Outside My Comfort Zone

For me, and I suspect I’m not alone, I generally spend most of my life playing it safe. To counter this, I’m making an effort to say yes to more ‘stuff’, especially if it challenges me.

Even better if it’s some kind of new skill development that makes my brain work. I’m trying to utilize my neuroplasticity, you see.

Last week I did a three-hour handstand workshop, for example. I was by far the worst hand-balancer in the room.

Did it matter? Not at all.

Did I improve? Of course I did.

Was it hard work? Yep, it was brutal on my wispy shoulders.

Would I do it again? Yes, absolutely.

Ever since I watched Valley Rising on Netflix I’ve become a little obsessed with climbing documentaries.

Then there’s Meru about Conrad Anker’s obsession with climbing the Shark’s Tooth route of Meru Fin in the Indian Himalayas. This was filmed by Jimmy Chin, who is no slouch himself when it comes to climbing, except he’s also filming and carrying all of his camera gear.

Next is The Dawn Wall which features Tommy Caldwell’s obsession with climbing not simply El Capitan in the Yosimate National Park, but the ‘Nose’ of El Capitan, something previously thought un-climb-able as a free-climb. 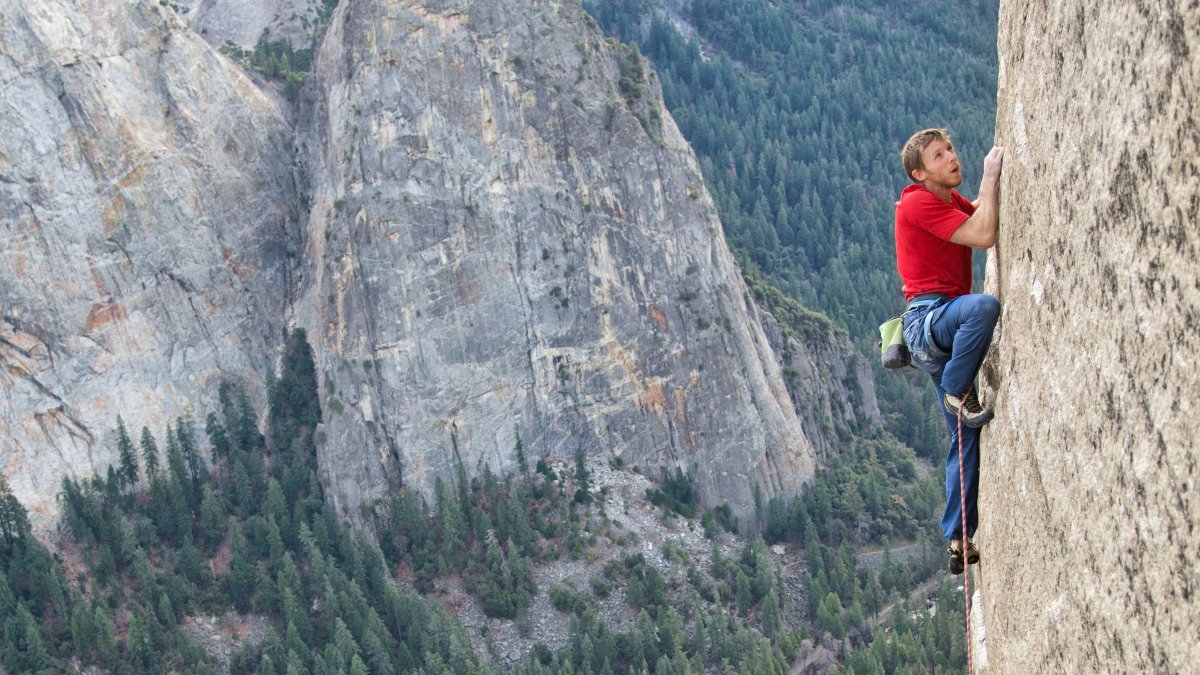 Tommy Caldwell on the Dawn Wall

And now there’s Free Solo in which Jimmy Chin (again) captures Alex Honnold’s gravity and death-defying climb up El Capitan, this time with no ropes whatsoever.

What these docos seem to be able to do (and this is largely governed by the material i.e. the climbers themselves) is weave together a story of the person and the climb.

They are at once inspiring, tense and deeply meditative.

Free Solo snagged the award for Best Documentary at this year’s Oscars.

Listening to a ton of non-fiction in podcasts and audio books is great for learning new ideas and developing new skill-sets but it gets a bit much, especially if I’ve been in the car a while and am dosed up on the personal development / growth material.

What I crave in those situations is a story, a good ole fashioned yarn.

So, before bed I read anywhere between a few pages and good half an hour of a novel, whatever my energy levels dictate.

It’s a nice way to wind down and sometimes I barely finish a page before my eyes start drooping and I’m ready for lights out.

This is a highly personalised list and it’s certainly not exhaustive.

I could easily have added: being in the ocean; playing tennis; a glass of red wine; a few squares of dark chocolate (and not the entire block, nope, never…) to the list.

What makes these hacks so beneficial for me is that they: a) seem to work, b) are relatively low cost, and c) they all serve to make me feel better about myself.

It’s like a having a bespoke little Dr’s Briefcase of medicines that are proven to help me out when the going gets tough.