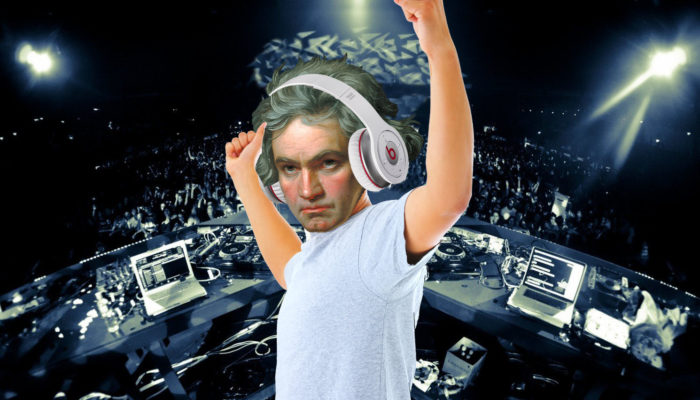 I used to drive all over the country for work.

The UK, that is, not Australia.

And in the freezing early mornings, after scraping the ice of the windshield with a cassette case, I’d set off to such luminous places as Blackburn or Swindon or Bradford listening to bubble-gum pop on the radio.

Or whatever was on the Radio 1 playlist that week.

And this, of course, meant approximately one song every fifteen minutes crowbarred into whatever skit or game or general jibber-jabber the host and his crew of acolytes were running with.

In fairness, some if it was mildly entertaining and helped pass the time as you raced to beat the worst of the rush-hour and get to Maccas for breakfast close to your destination.

But for the drive home, and the carnage that is the M1 or the M25 after 3pm, and with your ears ringing from inane office jibber-jabber far worse than anything some over-excited DJ could throw at you, any more Dylan-esque pop-bubblegum classics would simply drive you off the road, so it was time to switch gears and foster some calm.

Enter ‘Classic FM’, the last bastian of the grey-brigade for whom a new type of teabag or a Christmas CD compiled by a judge on Strictly Come Dancing is a seismic event (if the adverts are anything to go by).

Or, in layman’s terms (i.e. my own), your introduction to the hitherto unappreciated arts of the classical musician.

And despite the painful ads, the music did soothe and cure a multitude of sins, especially as things got gnarly around junction 29 on the M1.

I once drove to a meeting in Salford and arrived at the barriers to the car park.

The attendant chap, and older fellow, sauntered over, his high-vis trench-coat unnecessary in broad daylight but thorough nonetheless.

He tapped on my window.

“Sorry I said,” struggling to wind it down (yes, these were hard and distant times). “Just turning off the radio.”

“What you listening to,” he asked.

“All you really need is Beethoven, Mozart and Bach. Everything else is just derivative. You can park in Bay 6 over there,” he said, waving me through.

Later I recounted my experience to someone who knows about these things. Apparently, the old chap was bang on the money.

How To Use The Classics

Classical music works in a number of ways.

2) The lack of “noise” boosts productivity. Fewer distractions but still enough ‘something’ to drive you onwards and avoid any deadly silences that could grind you to a standstill.

3) Singularity leading to  extreme collaboration. Is there anything that represents cohesive teamwork and productivity more than an orchestra in full swing. Up to fifty people all contributing something that feeds into a collective output. It’s hard not to get buoyed up by this sometimes.

4) It makes you feel more cerebral which can make you think more cerebrally and, if you do more of this, you’re more likely to produce better work.

5) Some of this stuff has been around for 300 years. So you’re standing on the shoulders of giants to paraphrase Isaac Newton.

So where to begin? (link in title)

Widely regarded as Beethoven’s finest work and one of the most important musical compositions of all time, the “choral” symphony (or Ode To Joy) gets it’s name from the introduction of the choir in the final movement.

I’d head straight for the second movement, about 16 minutes into this cut.

It’s all majestic fury that evokes images of the genius composer, who was fast losing his hearing by this stage, frantically trying to get out his last masterpiece before it was too late.

This washes over you like a comforting lullaby, the beautiful au pair stroking your hair as you drift to sleep.

Yet there’s also something of the magical about the way it ebbs and flows, rolling around a mysterious hinterland.

And it features in the Ocean’s 11 (etc) movies. At the end. With the fountains. Ain’t that cute.

Is it maudlin or merely reflective? Either way, it slows you down and forces contemplation.

Highly meditative in the way it locks you in and removes thoughts of anything else.

Some might describe Mozart as a genius. Other a jumped-up, precocious little pipsqueak.

There’s no doubt he dropped some hectic beats along the way though.

To steal from Ron Burgundy, I may not like Mozart but I sure do respect him.

Bach is of the baroque period and died 20 years before Beethoven was born.

He was also everything that Beethoven was not.

And this reflects in music that is highly organised, respectful and formal.

He is one of the Big 3 of classical music, however, and some of his grooves are pretty cool.

This takes you down a dimly lit, smoke-filled alley in victorian Paris Or London  and scares the bejeezus out of you.

It’s downright creepy and eerie as hell which is exactly what makes it so brilliant.

Plus, it was the theme for the TV show Jonathan Creek and also used in the audio book for The Graveyard Book by Neil Gaiman.

Something a little more modern, this is less well known that standards like Rhapsody in Blue but I prefer it because it’s shorter and the video has dogs in it (the sound quality in the link above isn’t perfect but, what can I say, it has dogs in it).

It’s light and breezy and jazzy which is great for elevating your mood, should you need it.

This features in the Ginger Rogers and Fred Astair movie – Shall We Dance – and is sometimes known as promenade.

In case you get the urge to practise.

Okay, this isn’t going to lift your spirits but it will put an arm around you and let you know that, no matter how sombre things seem, they will get better.

More piano magic from the master.

A bit more up-tempo than the Moonlit Sonata but none the worse for it.

To me this doesn’t sound much like Beethoven; an almost turgid, determined march that could be more Russian somehow.

Regardless, it builds and builds towards its magnificent conclusion, inviting you along for the ride and rewarding your patience with a 3 minute meditation before losing a little of its edge as becomes altogether more florid.

But those first three minutes. Wow

In truth there are tons of really juicy classical tunes to get stuck into. It’s the genre that keeps on giving.

Yes, it requires a little patience which is why this list is full of the easy stuff that resonated with me without putting me to sleep.

Like meditation or exercise, I’d recommend starting with a daily practise (it could be as little as 5 minutes whilst doing something else) and building from there is you dig it.

Our first encounter wasn't promising. James Altucher was a guest on someone else's podcast. Who…

Morning routines used to be a “thing,” popularised by Tim Ferriss’ endless probing and quest…