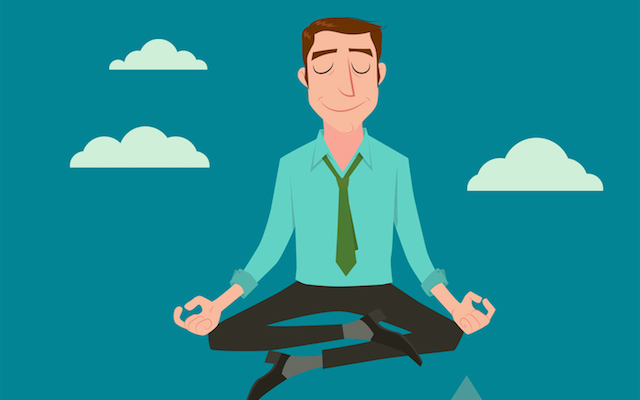 If you’re anything like me – and I’m guessing that we have, at least, a couple of things in common – you lose control of your day pretty much the moment you wake up.

When I get home from coaching a couple of morning classes, I step into a maelstrom of Paw Patrol-inspired chaos featuring breakfast cooking, tea making, dog walking & feeding, child dressing, teeth cleaning, dishwasher stacking, all with the ultimate aim of getting the young ‘un out of the house and up to school.

And that’s with just one kid. Although the dog almost counts as another.

It’s a white-knuckle ride that doesn’t let up as you ride the bus to work or, worse still (possibly), ride the traffic into the city.

Things might fare a little better at work as you get to roll your sleeves up and solve important problems with like-minded people who are fun to be around.

Alternatively, you could find yourself surrounded by corporate drones whose sole purpose seems to be to thoughtlessly follow the same inane and archaic processes that they’ve done for the past 30 years.

Even harder to comprehend is the people who don’t yet have thirty years on work on the clock, but (you know) will do in another 25 years, during which they’ve not challenged themselves to conjure up a single creative idea, no matter how outlandish and stupid it might seem.

But, heck, they’re going to keep punching that ticket in and out. Day in, day out. Bless ‘em.

But I digress. Sort of.

Because this week I’ve been checking out a meditation centre in the heart of Sydney CBD. It’s called Centred Meditation and they offer an unlimited 2 week trial for $29 which is basically giving it away for free. It’s run by a couple called Nikki and Kevin who seem, during a fleeting introduction, perfectly suited to the task.

Meditation is bang on-trend right now. In fact, it’s been pretty cool for a while as people desperately seek to disconnect (if only for brief spells) in an increasingly connected world.

Part of this is due to its growing accessibility. Apps like Headspace & Calm provide 10 minute bursts of tranquility on your smartphone, which somewhat mitigate all of the damage that the devil’s devices do.

Meditation classes at yoga studios are packed to capacity with yoga offering the perfect gateway drug into something that was previously considered a little woo-woo and to be solely deployed by ethereal chicks called India who are cute but just a little too kooky.

Nah. Meditation has gone mainstream. Tim Ferriss, whose podcast on tech, business, sport & lifestyle design garners 1m downloads per episode, reckons 80% of his guests have some form of spiritual practice.

Lewis Howes, another inspirational totem for entrepreneurs and wantrepreneurs, again with a huge podcast following, is a fully qualified meditation teacher.

So, what actually happens during a lunchtime meditation class?

Well, you navigate your way to the office suite on level ten. But don’t be alarmed, that’s where the stultifying office-environment comparisons come to an end.

Because, this is a little haven of calm and tranquility.

Inside there’s a little reception (with an i-pad for check-in, naturally) before the room opens up to fit twenty-five slightly reclining armchairs, neatly arranged in rows. The obligatory soft, soothing music plays in the background. Less standard and a very nice touch is the little drinks shelf where you can help yourself to a glass of cinnamon tea or coconut water or regular water. Blankets are also available.

It’s fairly dark and tip-toe quiet. Phones are switched off, upon pain of death and the piecing death-stares of fellow meditators.

I settled into my chair and promptly started to drift into something between sleep and deep relaxation.

Once the session actually started, we were guided through a sequence that covered a check-in and some gratitude and…I’m guessing some other stuff, but I was so zoned out that it barely registered.

At one point, I jolted myself awake and spent a panicked couple of minutes wondering if I’d let out a cry or, worse, still a snore that had disturbed the class. Once my breathing had regulated I slipped back into a zen-like state for the rest of the session.

As the class finished I saw that all but a couple of the 25 chairs had been filled, hammering home the fact that this is a ridiculously useful service and one that is very much needed by stressed-out city folks.

I should confess that this wasn’t my first rodeo when it comes to lunchtime meditation. Spending time away from #superfitkid last year for work was tough and I turned to some lunchtime classes as a way of coping with the stresses that came with it.

As I did then, I came away feeling refreshed mentally, lighter, and calmer & more serene.

In the same way that I’ve never come away from a gym or fitness workout feeling worse for it, I’ve yet to leave a meditation session not feeling better able to cope with what life throws at me.

If you’ve wanted to give meditation a go but aren’t sure how, this is the perfect gateway drug.

If you’re feeling stressed and not quite in control of your life, this is the perfect antidote.

And to borrow a much-toted phrase, if you don’t have time to meditate for 30 minutes, you probably need to come here every day for a week and see how much better you feel.

I’m back at my second home, the East London pad of my brother and his…

There's no denying 2020 was a Mongolian clusterf*ck (yep, that's a technical term) of a…