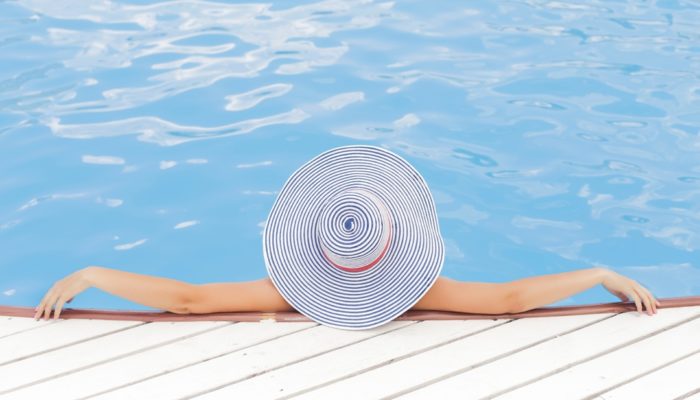 If you’re single Dad, you don’t have time to waste dating Mrs Wrong. You have a job, Daddy duties, hobbies, friends and life-admin to attend to.

The indulgent folly of your carefree twenties, when you could chase tail day and night, is but a distant memory.

Checking your phone incessantly to see if she’s texted back; not jerking off in case she wants to see you later on; waiting around for her to get “ready”…to go out for a jog; these time-drains, and many more, are consigned to the ‘past life’ basket.

As a busy Dad it’s an optimisation mission; we’re all about efficiency. We simply have no other choice.

So, in building on the dating foundations previously I’ve discussed, namely hacking app dating, I’m going to give you five types of girl who should have you running for the hills, and some of the ways you can spot them quickly so save time and heartache further down the track.

If you don’t, you only have yourself to blame. It’s definitely you, not me, in this instance.

She’s sweet, shapely and expensively dressed. As pretty as a button.

She’s also on a different planet to you with a completely different frame of reference. To just about everything.

Life is a whirlwind of brunches, lunches and dinners at venues populated by those with more money than taste (taste, in the literal, food, sense, that is). She doesn’t go to restaurants, she “does” restaurants, which says everything, really.

She doesn’t appear to have a job, yet drives a luxury 4×4 vehicle so large that it ought to require a separate permit to drive it. Her parents live in Monaco, presumably for tax reasons.

It’s fun and light and there’s a hint that something could come of it. But that comes crashing abruptly down when she realises it’d be like f*cking the help. She’s happy to indulge in the Lady Chatterley fantasy for a few weeks but eventually reality bites. After all, what would she say to Mummy?

Her friends have settled down into domestic bliss and she wants a piece of the action.

So after three dates and a roll in the hay she’s mapping out a timeline for your fledging relay. A mini-break is first up, followed by a holiday, and staying over three nights a week. When you fail to deliver, she takes matters into her own hands and books a weekend in the Hunter Valley.

Saturday nights have to be dinner at a hatted restaurant because “that’s what successful, thirty-somethings do.” Obviously, you’re paying. Every damn week.

Since you’re in no doubt that you’ll also be paying for the taxi, you might as well get two stops: one for her and a second for you.

You’re over it. You’ll be broke inside three months, even if you wanted it to last any longer.

[note: sometimes good “relations” can muddy your judgment with this girl. Beware.]

What starts out as fun, drunken nights on the tiles suddenly morphs into frustration and embarrassment.

When she’s sober she’s an angel but give her a wine and all hell invariably breaks loose. She might be great fun and everyone loves her but, trust me, the other guys are so glad it’s not their Doris who has to be peeled off the dancefloor, the last one standing at the party. Any party.

If you’re looking for something fleeting and casual it might just work but, you probably don’t have the time or patience to babysit another child so I’d steer clear and let some other, unencumbered, chap look after this one.

Often goes hand-in-hand with # 3 (above), she doesn’t want to be controlled by a man, genuinely mistaking “control” with things like wanting to make sure she gets home safely, not being beaten up in a club and doing an activity that doesn’t involve a wine.

If she is an abstinent free-spirit and you’ve somehow pinned her down, then I suggest you roll with it and go along for the ride. It will be interesting, if nothing else.

My mate Dangerous Dave once told something that has stuck with me ever since.

We were sat in the Rose & Crown just off the High Street. It was 1995. I was relatively green in matters female.

“What you’ve got to do,” he said, sipping on his pint of Pedigree, “is remember that all women are nutters. And then work back from there until you find a sane one.”

Dave went to prison shortly after that. Something to do with counterfeit designer clothes.

What I have learnt is that everyone has their quirks or peccadillos; we’re all a little peculiar to some degree.

But if you find yourself in a unhealthy relationship or you can see alarming traits early doors, then you really have to bail before you get too involved.

You’ll waste too much time hoping for a change in something that is an ingrained habit or pattern.

More dangerously, the time wasted is an opportunity cost in which you miss out on meeting somebody else.

The problem is that the banging will be, well, banging and, like a moth to a flame, you’ll keep getting suckered back for more.

6. The One Who Still Lives With Her Ex

A rare specimen, often falling into dual categories with The Nutter (above). When you meet she’s living with her boyfriend which should be enough for you to give her a wide berth until she sorts stuff out.

You don’t. She says she’ll move out and that they sleep in separate rooms anyway.

Six months later she’s still there. With him.

Can’t find a new place, she says. They have shared custody of their dog, she says.

Your friends warn you off her. You know there is no long term future. But the sex is magnificent so you keep going back.

She was tied down for twelve years and is now making up for “lost” time. She got a Range Rover in the settlement, gave her tits a post-baby lift and is part of the furniture at the local hotspot.

You mention to a mate that you’re dating and he mentions that three of his other mates have “dated” her. Two of them were round the back of the pub. At the same time.

You decide to exit, stage right.

Will you heed these sage messages?

Do I? Not really.

In truth, it would be delightful if there were a blueprint that hapless chaps could follow to avoid heartache, misery, time-wasting and bill-resentment.

But where would be the fun in that, eh?

The only real advice I can offer is this: try and keep the mistakes minor and not costly.

Or, as Felix Denis more eloquently put it: “If it runs, drives, flies, floats or fucks, rent it. It’s so much cheaper in the long run.”

Crack App Dating With These Scripts

Another chance to grab Dan’s app dating scripts that he claims get a 70% response rate.

Dadbods..? You have to be kidding.

#dadbods is trending hard right now; a strange phenomenon whereby, all of a sudden, portly…

Hacking The First 60 Minutes – Simple Rituals to Win The Morning

Morning rituals are everywhere. It seems we can’t get enough of learning what successful and…

Phantom gentleman’s afternoon before the lock-in

Not much social distancing down the beach tonight.

Before the rain & the wedding & the self-isolation

All the Fintech mates at pitch night —- #work #b

Almost three months on I wrote a little blog post

@nate_doggxo getting after it on his birthday. Unl

The struggle is real for #superfitkid. More laps o

Didn’t make the start line in the mountains this

Follow Me On Instagram
Recent Comments
Copyright Your Business LLC. 2020 - All Rights Reserved
Back To Top
×Close search
Search