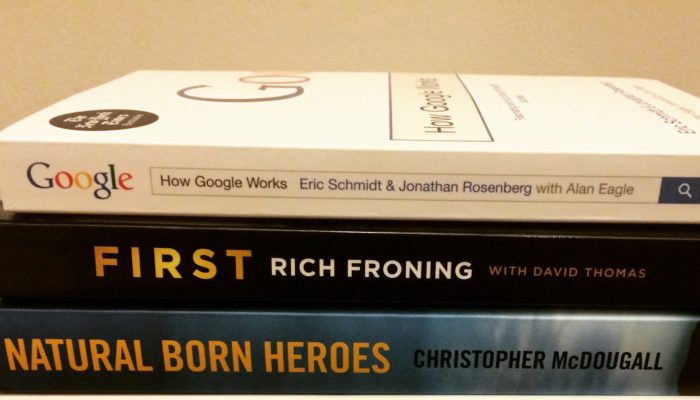 Unfortunately I don’t spend enough of my actual reading time with a book in my hand, too often distracted by social media, newspapers and articles.

If there’s one habit or skill I need to work on, it’s getting my ‘reading books to skimming-the-internet’ ratio from a frankly terrible 40:60 to a more respectable 75:25.

If I do this I have no doubt that the effect on my intellect, my income, my vocabulary, my writing, my ability to empathise and listen will increase exponentially. All solid upside.

The fact is, most people don’t read. And if they do, they don’t read enough. If you read 20 pages of a book per day, you’ll plough through at least a book per month. This will put you ahead of 90% of the population in terms of being exposed to ideas, theories, stories and language.

Total amount of words read annually by someone who reads for 15 minutes a day: 1 million.

This year I’ve read somewhere in the region of half the books I should’ve. Of those that I have read, these are the ones I’ve derived the most value from – my top 5 books of year (so far).

Before I read this I had my doubts about Tony Robbins. The voice, the hubris, the fire-walks. All too much, right?

Well, no, as it happens. Not nearly enough, actually.

Written as a direct response to the financial markets collapse of 2008/09, Robbins leverages his rolodex to the max to get face time with the best investors around, to learn from them and steal their secrets. Which he then shares with us.

The best thing is that he starts at the absolute bottom which means you don’t need to be a financial whiz to get what is going on. On the contrary, this seems to be aimed at the layman who is getting shafted year-after-year by the mutual funds charging us a fortune for managing our pensions, irrespective of how well they perform.

Mutual Fund fees in the US are in excess of $1 trillion annually, mostly for average active management.

Since reading this, I’ve adopted half a dozen strategies to drastically reduce the fees I’m paying on my investments, as well as build for the future faster.

Malcolm Gladwell is at it again, intertwining sociology, psychology and social psychology into stories that turn conventional thinking on its head or, at the very least, push readers to consider things through a different lens.

This time his topic is underdogs and how they overcome the odds more often than they should. The powerful are rarely as powerful as they appear and the weak are rarely as weak.

This is why examining the titular story in more detail than we normally would reveals that there was only going to be one victor in that particular battle.

Though not as engaging as ‘Outliers’, Gladwell’s writing is pitch-perfect in bringing stats to life in stories.

Chris McDougall, New York Times magazine journo and best-selling author of Born To Run – the rollicking yarn about trail running in the Copper Canyons of Mexico with the Terrahumera tribe and a chap called Caballo Blanco – is back with another rip-roaring yarn.

Again, he’s exploring how seemingly normal folk can achieve abnormally fantastic physical feats, only this time he’s in the hinterlands of Crete, Greece, replotting the footsteps of Mad Dogs and Englishmen from the Second World War.

The Cretians, it seems, are like mountain goats, both in terms of stamina and obstreperousness, especially when it comes to people invading their patch. Even more so, it transpires, if those invaders are Germans.

The level of detail here is impressive and McDougall isn’t going to let anyone fall asleep on his watch. Whilst lacking the characters of Born To Run this provides a great historical perspective intertwined with some real boys-own stories.

I’m conflicted about including this one but as a long-time fan of the Crossfit games and a recent convert to Crossfit training proper, this is a quick and easy read.

It could easily have been a low quality, self-aggrandizing piece of propaganda but because Rich Froning seems so refreshingly straight-forward (in a good way), it just about gets away with it.

The stories of how he fell into the ‘sport’ and then bounced back from disaster in 2010 will resonate with any die-hard sports fan. The work ethic that goes into making someone the four-time “fittest on earth” is truly staggering.

These guys have a forensic appreciation of the inner machinations of Google which is unsurprising since they were CEO and Head of Product respectively.

They also manage to make Google – at various times the worlds most valuable company – seem like a folksy, inclusive and fun place to work which isn’t always easy when you’re running and designing products that are impacting the lives of billions of people on a daily basis.

The messages that comes through is of extremely smart people, rigorously selected, and then pointed in a general direction with the autonomy to make decisions and mistakes freely along the way. Seems almost too good to be true, right?

As usual, this isn’t an exhaustive list and there are some doozies that didn’t make it. I’ve been listening to a lot of audio books on the drive to and from work but didn’t feel able to include anything that I hadn’t held in my hands and cherished in the old school style.

Let me know what else I should be reading.

Sign up here to receive a copy of my reading list – 20 books that have changed my life.