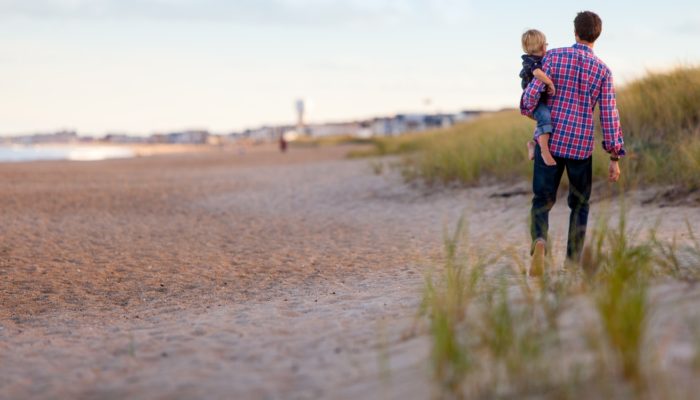 Nick Bowditch holds the distinction of having worked at both Facebook and Twitter which, at worst, makes him highly employable and, at best, some kind of tech-soothsayer. Probably.

He’s now a speaker and coach and puts out a lot of interesting content on his Facebook page.

As I read through his list of 50 items, I thought: wow, this guy totally gets it.

He’s been in the trenches.

His list somehow managed to avoid being one of those twee, “we’re all in this together and being a Dad is bloody hard and bloody fun, tiddly de dum,” lists that crop up from time to time in books with titles like ‘So, Now Who’s The Daddy’ or whatever.

I read through his list, shooting myself wry smiles and chuckling on the inside as he dropped one truth-bomb after another.

Check out the list and tell me it doesn’t nail it.

I couldn’t hope to come up with something as accomplished but I do find myself having more fun as a Dad with each passing month.

In deferential adjacency to Nick Bowditch here are some of life’s recent Dad wins in my household as #superfitkid gets older.

Akin to a suitcase and full of crap: swimming nappies, normal nappies, two outfits, rash vest, hats, sunscreen, possibly a tent that’s easy to erect but impossible to fold up properly, all of the other ‘stuff’ that goes into the ‘baby’ bag. 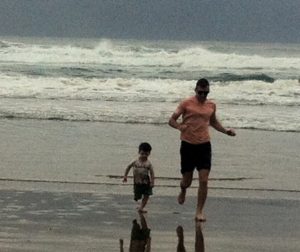 If you’re pretty average at being a Dad, like me, this is a MAJOR BREAKTHROUGH because you can combine appearing vaguely competent with having fun at the beach or pool.

This summer, for the first time, down at the beach after work / daycare, I felt like I was having as much fun as he was and we were having an amazing time together.

2. Taking Him To His First Movie

Going to the movies pre-baby is mint.

You’re entertained in a big engaging way, you eat naughty snacks. Heck, you might even smuggle in a bottle of wine and two plastic cups.

Because you’re going to be home early and the evening has been tactile, there’s a solid chance of rumpy-pumpy and you’ll be asleep by 11 and won’t have a hangover in the morning.

Post-baby, the movies fall by the wayside. The film times don’t work and for anything that runs past 10pm you’ll be falling asleep.

You could try a movie during naptime, smuggling in the stroller, but you’re petrified of him waking up and screaming down the house or the surround sound being a bit too aggressive and waking him up.

So you bid the movies adieu. For now.

But once he hits 3 (or maybe 2 if you’re lucky), you’re ready to take the plunge and take him to see his first film as a real boy.

Admittedly it’s a cartoon but at this stage you’ll take anything.

3. Feeling Okay Leaving Him With Babysitters

I don’t mean relatives or close friends. I mean a real babysitter.

I think we went out once in the first 18 months after #superfitkid was born.

Juggle Street is a website that serves this purpose perfectly as it opens up a whole new world of local people who look after kids.

The first booking is a bit nervy but carers are reviewed by previous customers. You can also specify your preferred age so if you want a kindly Grandma-type then filter accordingly.

Psychologically this is a big milestone and takes just a little bit of weight off your shoulders because you realise that help is just around the corner. Literally.

Plus, there’s a chance she’ll be a hottie. And therefore have zero interest in you.

For 3 years dinners have been eaten anywhere but the dining table, unless you include the early high-chair years.

The kitchen bench, the armchair, the sofa, the floor, the mini-dining table with you on the floor, all seem infinitely more desirable than at the table.

But then something clicks.

Not only is he eating the same food as you but he’s happy to sit at the table.

Don’t question it too much.

Your poor back, dilapidated and crumbly from years of sufferance, turns cartwheels and you get a sense that you might just make it through.

5. When He Tells You He Needs To Take A Leak

Nothing fills an already terrified Dad with more dread than the words: toilet training.

Sure, undies are cool and there’s a kind of pride when you head out somewhere and proudly announce that “we’re in big boy’s undies now.”

But then he shits himself or pisses on the sofa and you’re longing for a nappy again.

Then it’s a blizzard of proud excitement and a mad panic as you look around for the bogs or somewhere to do a “bush wee.”

The relief you feel far outweighs any embarrassment that might come from leaning a semi-naked toddler against a tree as he takes a piss.

You know it could have been so different.

These might seem like small victories, and for accomplished Dads or regular Mums it’s just business-as-usual, but for Dads who are winging it without a clue what they’re doing, they are major milestones and something to be savoured.

What else have I got in store? Let me know in comments or at sfd@superfitdad.com.au.

It’s taken me 3 years to get to this point. And it’s been tough. If you are struggling check out these resources – they’ve served me well.