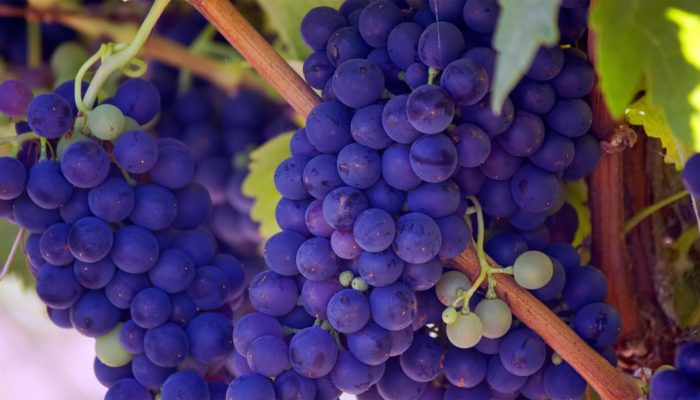 Want to know more about wine but lacking the time and budget to get really stuck in?

This week, wine expert, Ollie Ford, gives us some short-cuts to sounding like you know what you’re talking about, no matter who’s company you’re in, as well as some gems to try in the interests of research.

How To Sound Like A Maestro At Every Occasion

For many people Australian wine is purely based around big brands delivering big, bold flavours of jammy, black-fruited Shiraz and oak-laden, heavy and cloying Chardonnays.

While it is true that they do this and do it fairly well, shipping umpteen-upon-umpteen cases of the stuff primarily to the US and the UK, dig a little deeper and there is a myriad of different wines in different styles that truly make Australian grape juice sing to an altogether different tune.

Even if you don’t get to sample any of the wines listed below, remember a couple of titbits or regions that deliver better results than others and you can easily sound like you know what you’re talking about, impressing anyone from partners, bosses, in-laws or just anyone who is not too bored to listen.

Old Friends – Shiraz with anything

Australia and Shiraz (or Syrah) grapes are best friends, even better than that, they’re like an old married couple. It just works…somehow.

And even in the onset of global warming and Australia getting even hotter, Shiraz will still work as it loves the sun and works perfectly on old gnarled low-yielding vines that don’t need lots of water.

In the Barossa Valley (S.A) you get very hot weather and some of the best old Shiraz vines anywhere on the planet. There are a good number of excellent producers here; names to look out for include Torbrek and Elderton if you are willing to spend a little, or the more moderately priced Two Hands and Turkey Flat still offer very sound options.

Penfolds is also present in the Barossa, producing great wines across the entire spectrum of prices.

However, while choosing a good quality Barossa Valley wine will certainly impress your father-in-law, perhaps so will suggesting to try a Shiraz from Heathcote in Victoria.

This cooler-climate region is fast becoming super on-trend for producing a more elegant and earthier style of wine as opposed to the fruity in-your-face blockbuster.

Obviously you need to know your audience here; for if your father-in-law is a fruity, in-your-face type of bloke then perhaps stick to the Barossa but if he’s a classy, cool customer he might think you’ve put him onto to the best thing since sliced bread.

Alternatively, a cool customer might like cooler temperature-likening grapes. If Pinot Noir is the cepage of choice, then Victoria is the place to be with the Yarra Valley and the Mornington Peninsular known for producing the best examples in the country.

Pinot is a fussy grape and needs cooler climes (Burgundy, New Zealand’s south island and Oregon in the US being climactic notable hotspots) to flourish. But with these two regions being at the southern-most tip of Australia’s mainland with added cooling influence from the Tasman Sea, the Yarra and Mornington just about have ideal conditions to make top quality wines.

Due to its pernickety nature, price points for Pinot are generally at the higher end but excellent examples can be found from Kooyong’s Single Vineyard Selection, Circe and Ten Minutes By Tractor on Mornington Peninsular and by De Bortoli , Yeringberg and Five Oaks in the Yarra Valley.

Onto your mother-in-law’s penchant for white (or date night with the girl that doesn’t drink red…”I only drink White or Rose…” yep, we’ve all had them!).

Chardonnay is the obvious answer, but, NO, not this time.

Give Riesling a try and in the tiny Clare Valley, north of Barossa Valley, in SA, some examples are arguably as good, though stylistically different, as any from Germany. Despite being 80 miles north of Adelaide and heading into the desert-like centre of Australia, Clare benefits from both altitude, being 400 metres above sea level, and sea breezes which travel the 30 miles from the coast to cool down the temperature in the late afternoons and evenings.

This means that ripening the grapes is no problem from the heat in the day, but the wines benefit from racing acidity, which shows very favourably in Riesling, from the significantly cooler evenings. Grosset have been making their Polish Hill Rielsing for years and is still arguably the best. At around $60 it isn’t cheap but well worth it.

Cheaper but still excellent producers include Leasingham and Petaluma. If Riesling just isn’t her thing, then look out of Australia’s forgotten grape, Semillon. In Europe, Semillon is generally used merely as a blending component or in sweet wines, but in Australia, if done well, can produce excellent, expressive, fleshy, medium to full bodied rippers that sometimes has a lovely oily mouthfeel to it. McWilliam’s Mount Pleasant and Brokenwood in the Hunter Valley in NSW are two producers to look out for who achieve this. 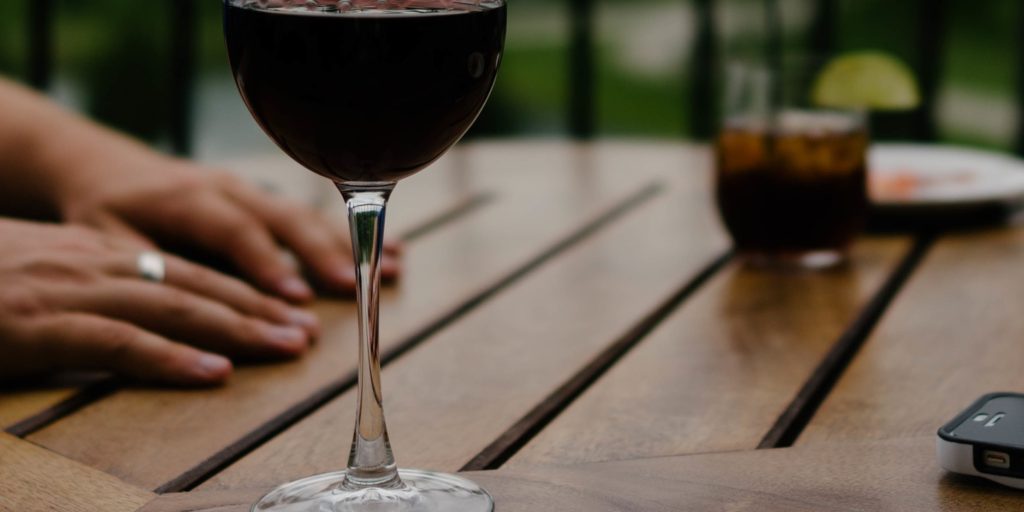 When attending an important business lunch or work dinner, taking ownership of the wine list and having a delicious drop poured into glasses which is then savoured by clients, might just be the clinching factor in securing that super-sized new contract.

Your boss will think you’re the bees-knees, you’ll get a pay rise and invite to all the fancy future client entertaining events, and everyone’s happy.

Hopefully the bill is expensed, therefore we can look for real quality.

One region that usually delivers here is Margaret River in WA. WA often boasts that despite only producing around 3% of the country’s wine, it receives around 30% of the national awards.

While this is a fair claim, it should be noted that the big brands who produce gallons of bulk wine for the export market are largely based in South East part of Australia. However, this does mean that those producers in WA are generally smaller, more boutique who focus on quality and are leading the way in organic and biodynamic farming.

The two grapes with the best reputation here are Cabernet Sauvignon and Chardonnay, indeed it has been noted that the slightly cooler climate of Margaret River, jutting out into the Indian Ocean, does have similarities with Bordeaux. The winds are the key factor here and without them, including the “Freemantle Doctor” from the north, the wines would look and taste completely different.

Despite all the knockers for Australian Chardonnay, Leeuwin Estate does it fabulously well with its ‘Art Series’.

Big flavours, high acidity and heavy oaking, with oodles of concentration, complexity and an eternal finish make this a very serious and highly enjoyable choice. At around $100 it’s perfectly suited for the expense account, but they do produce other Chardonnays for $30-35.

For Cabernet Sauvignon and cab-based Bordeaux blends, Cullen is certainly a producer to look out for. They do a range of wines at various prices all bio-dynamically farmed and use ultra-modern wine-making techniques with extended ageing in french oak. These are quality wines with the Cullen Diane Madeline scooping the top prize for Australian critic, James Halliday’s, wine of the year for 2015.

While we are still on Cabernet, it is always worth looking out for wines from Coonawarra. Usually lighter in style than most other Australian Cabernets due to its southern location in SA, the grapes can only achieve ripeness due to their unique setting on a thin strip of land (9 miles long by 1 mile wide) based on its now famous terra rossa – red earth – soils.

Wynn Coonawarra and Leconfield are two names worth keeping an eye out for at reasonable prices.

It’s time to celebrate, let’s crack open the fizz I hear you cry.

Staying much closer to home, Tasmania is now producing sparkling wine at a very high level which in some cases can rival some of the French stuff. Like the southern locations in Victoria, Tasmania has a cool climate perfect for growing Pinot and Chardonnay, of which 40% now go into their sparklers. Winemakers are now far-better versed in the art of making sparkling wine and using the Traditional Method (Methode Champenoise in Champagne), and by ageing their wines longer in-bottle are producing grade-A fizz.

Janz, which was launched by Champagne heavyweight, Roederer (who make rapper’s favourite, Cristal), is very good and widely available, whereas Pipers Brook is outstanding but made in smaller quantities and harder to find.

And finally, if you ever find yourself in a position to try/drink/guzzle Australia’s most famous and iconic wine, Penfolds Grange, just do it. All the hype for Max Schubert’s creation of 1951 is more than worth it. SFD and I were lucky enough to share a 1999 Grange a couple of years ago and when I close my eyes I can still taste that first sip again today.

The Hidden Pleasures Of Giving Up Alcohol

Last week I opened the pages of my training diary. This week it's the turn…