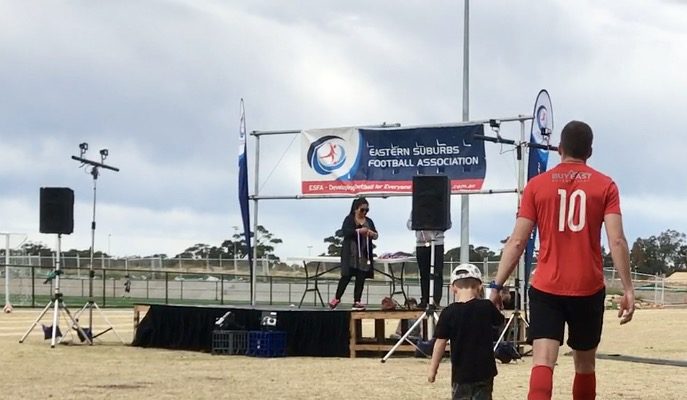 As the door closes on the football season (and, by football, I mean Association Football, the English version – the only kind), it’s time to reflect on the past six months and jot down a few learnings in the hope that I revisit this as next season rolls around before throwing my hat back into the ring.

But before analyzing the things that might help us through the season, it’s important to accept that there are a few inevitabilities to come over the next few months. By taking note of these we can at least start to brace ourselves for what’s in store.

Things That Are Guaranteed To Happen During The Season

There’s no rhyme or reason to this, although the strength (or brutality) of the opposition can often play a part.

Some weeks every man and his Grandad turns up for a game. The next week half the team are going to their mother-in-law’s for brunch and can’t make it.

2. Half Of The Squad Will Pick Up A Moderate Injury Within The First Two Weeks Of The Season

Pretty standard in veteran’s football. Pre-season is a relatively relaxed affair but once things kick-off for real, the tackles start flying in and you actually have to start running, then hamstrings, knees, calves start a mass protest as if they’re part of some previously unheralded lower-limbs trade union.

Which, given they’re now being asked to do twice the work without any increase in pay is actually quite reasonable, if you think about it.

Short shrift is given to any scabs breaching union protocols.

This is the more sinister side of the ‘beautiful game’.

Others are reckless and unfortunate. We lost a comrade to a kamikaze goal-saving tackle from an opponent that was just about legal but very, very vigorous.

And then there’s the freaking nutjobs who can’t see past the red mist when it descends and swerve into leg-breaking territory. Interestingly, the guys are often meek as a mouse off the pitch but something snaps and they’re gone.

More scarily still, as happened to us, once this season, is the odd player who threatens to stab you after the game. Later that night there was an actual stabbing at the field where we played our match.

I don’t know if these two incidents are related, but I don’t ever ant to be the one finding out.

This is a bit of a sweeping statement but it largely holds true.

The chap throwing himself into a criminally dangerous (literally, often) tackle within five minutes of coming on as a substitute and having spent the preceding minutes abusing opponents, the referee and, often, his own team, is not blessed with an excess of brains in either feet or head.

There’s a reason you’re on the bench, lad. Pipe down.

4. The Inner Mongrel Will Be Released

Having been out of the game for several years I was shocked at just how attritional and abusive the games can get. After all, it’s just a bit of Sunday afternoon sport, right?

Now I’ve fully acclimatized, I sometimes find myself  getting stuck in as well.

The referees get paid maybe $100 to manage a bunch of belligerent overgrown babies who argue every decision, spitting dummies theatrically as they go. It’s in no way unusual to see a CFO going toe-to-toe with a law firm partner over some dispute.

What’s especially bizarre is that it’s the quiet ones you have to watch. The gobby loud-mouth is precisely that; all bark, no real bite. It’s the chap silently giving you the thousand-yard stare throughout the entire match who probably has a hammer in his bag. See #3 above.

Or in our team’s case it’s the most intelligent member of the team.

5. Nobody In Your Household Cares That You’re Playing

You think you’re on a noble quest, battling fierce opponents, relentless old age and the (admittedly mild) elements week after week on your hero’s journey.

Nobody else gives two hoots. It goes something like this.

You say: I can’t make it. I have football. [Thank f*ck for that, you’re thinking]

She says: You can miss this week. It’s only over 35’s Sunday League. It’s just a bit of fun.

You say: Fun? Fun?! For one thing, it’s not fun, it’s far too important to be fun. And even if it is fun, it’s the only bit of “fun” I get to have all week. And it’s much more “fun” than brunch with your battle-axe of a mother.

Then all hell breaks loose, you get threatened with divorce before storming out of the house. And then stomping back in again a minute or two later to theatrically pick up your footy boots. Even though it’s only Tuesday.

How To Survive The Season

As the matches themselves sometimes resemble trench warfare, the injury tallies soon mount.

One team we faced off against last year started with 22 men, all fit and true. Three weeks into the season they were down to 12 with injuries ranging from knees, backs and, worryingly, a heart attack.

He are some surprisingly obvious ways to make it through the season unscathed.

A little extra-curricular conditioning can go a long way. Especially at over 35’s level where plenty experience a steep drop-off in fitness.

We had several games this season that featured a hard-fought first-half but turned into a rout as the opposition fell away and our conditioning came into play.

If it’s an afternoon game I try to get to the gym in the morning and do a light general workout and some upper body stuff.

This means I’m fully warmed-up, firstly, but I’ve also woken up my central nervous system and let it know some work is coming its way, usually in the form of blunt-force-trauma from a hefty centre-half. If I was going into these games straight off the couch, I reckon I’d get squashed.

Early morning games are trickier but we aim for a decent team warm-up.

The one time we didn’t warm-up up thoroughly I picked up an injury, though this coincided with an all-day birthday party so multiple factors could’ve played a part.

Still, my calf won’t let me forget that in a hurry. Lesson learnt.

3. Recovery Can Salvage Your Week

Last season I’d be beaten up for days after a game: sore back, sore ankles, tight hamstrings, a bruised foot where an 18 stone bruiser had “accidentally” stomped on me at a corner. Monday mornings were especially bad.

That was probably because my post-game recovery consisted of a beer or a wine with some chocolate in the bath. Great for reviewing the game’s highlight reel in my head, but not so beneficial for battered and aching joints.

This year I religiously stretched and foam-rolled after games and jumped into bootcamp classes (albeit gently) on the Monday mornings after a game. This combination seemed to work wonders for flushing out stiffness and lactic acid that had built up in the games.

My pre-game breakfast is usually a 3-egg omelette with cheese and steamed broccoli, and a protein shake. I also take around 10-15g of creatine. I try and have this around an hour or more before kick-off. It gives me plenty of energy and is easily digestible.

During games (at halftime) I drink an intra-workout drink with around 8g of BCAAs.

My post-game ritual also included a protein shake for muscle repair and more creatine for recovery. When I remember I also take 5 1000mg fish-oil capsules.

This was much more disciplined than last season and, whether there’s some placebo effects in there or not, I felt like I recovered exponentially more quickly this year.

The thing is, regardless of the bumps and travails, football is the game that keeps on giving. It’s like an old denim jacket you can’t bear to throw away, or the teenage girlfriend you’ll always hold a torch for.

It’s highly risky and you’re getting progressively worse, but provided you treat it with a bit of respect, it gives you an outlet and a chance to rekindle the glory days, if only for ninety minutes a week, and never quite as glamorously as you imagined in your mind’s eye. 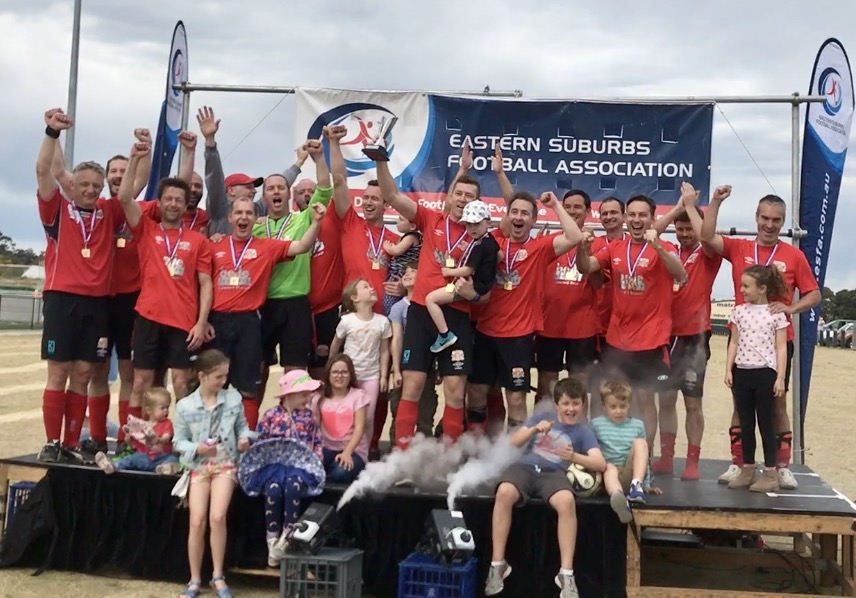 Last men standing – at this level it’s all about survival.

But when it works and something you try comes off, it’s truly glorious.

I’m already limbering up for next season.

5 Workouts To Get You Out Of A Fug

More than any of the other usual suspects (apathy, melancholy, irritability etc) I know when…

The Perfect Week Of Workouts For Dads

There’s probably not a soul reading this who doesn’t like, or even love, to exercise…