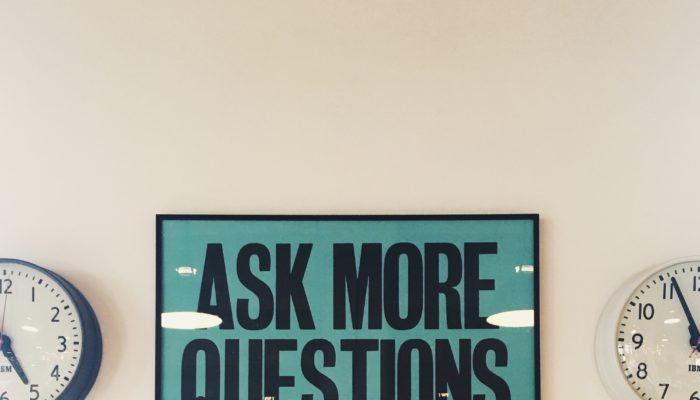 As we hurtle through life at breakneck speed, punctuated by the inevitable peaks & troughs that the world chucks our way, were going to make mistakes. The only thing worst than making the mistake is not grabbing onto the lessons it affords us to ensure we don’t fall foul of the same thing twice.

To make the voyage a little less bumpy, I’ve cobbled together some learning from my 28 years on the planet and offer them to you now as an act of humble service. If I haven’t learned these things the hard way – by making the mistake myself – you can be sure I’ve given it a really good go.

I reckon you can get a pretty decent rig in 10 minutes of exercise per day.

And I know you can get a great rig in 20 minutes.

You’ll be flogging yourself a bit, mind. But it will be completely worth it.

The hardest part is creating the habit where you do this every day of the week, every week of the year for at least 2 years.

The easy part is that it’s fun and once the habit is forged it becomes second nature.

Try 2 Tabatas in the morning and 2 in the evening for a total of 16 minutes exercise.

For details on how to extrapolate this out over a week and transform your body in less than 60 minutes of total exercise per week read this.

Warren Buffett is the world’s most successful investor. Yet, while his approach is highly sophisticated in many ways, there are also some extremely practical and pragmatic tips you can steal from him.

Namely, there is nothing showy or flamboyant in anything he does or has ever done. It’s dry to the point of being boring, yet is so laser-focused and disciplined it never deviates from it’s path.

I’ve taken the approach he has publicly stated that he recommends for his widow in the event she outlives him and applied it to a younger chap. [Note: Buffett, like Bill Gates, is giving away 95%+ of his total wealth. The remaining 5% is still pretty chunky though].

Take your first paycheck as a graduate and immediately invest 10% of it (that’s 10% of the net take-home) in a low cost index-linked mutual fund.

Repeat every month for the next 30 years and you’ll be retiring a very comfortable chap.

The beauty of this strategy is that provided you start it at an early age, you’ll never notice you’re without it and as your salary works through the gears, so, too, will your contributions.

This is on top of any other investments you make with annual bonuses or commission cheques, and especially personal or work pension or superannuation contributions.

Make this a non-negotiable throughout your working life and you’ll never, ever regret it.

Lesson 3 – Think Outside The Box

Tony Robbins does a great riff where he identifies that many of us spend our entire lives inside a box. Not just figuratively speaking, either.

We live in a box (an apartment), we drive a box (our car) to work, we send all day sitting in a box (our cubicle), we eat lunch out of a box (take-away container). We spend additional hours watching a box (the TV) or holding a box (our dumb-phone)), staring at it like untrained monkeys.

Often we get in a box (the car) to drive to exercise inside a box (a gym).

So getting outside, forcing ourselves if necessary, is absolutely critical to escape this monotony and expose ourselves to variety and nature.

Obviously, there is a figurative angle here, too, but that’s something for another post.

Lesson 4 – Talking About ‘Bae’ Non-Ironically Is A Straight No

This term is purely for tweens and females, although there is some comedy value in winding up someone who hates being called ‘Bae’, like your ex. Or your very literal mate, Paul.

If you’ve never heard it before, count yourself lucky and move onto the next lesson.

Lesson 5 – How To Do A Push-Up With Perfect Form

Every guy needs a perfect push-up in the arsenal.

Whether for home workouts, getting a little extra pump before hitting the beach (or the scatcher) or being tagged in a Facebook push-up challenge, nothing comes close for building a chest of granite and shoulders like boulders.

So why are we generally so appalling at them?

Could be that our upper bodies are too heavy to lift off the ground. Probably a lack of practise has something to do with it. Same applies to a lack of proper coaching; did anyone ever teach you a push-up after the age of 6 at primary school?

Most likely, though, it’s ego. 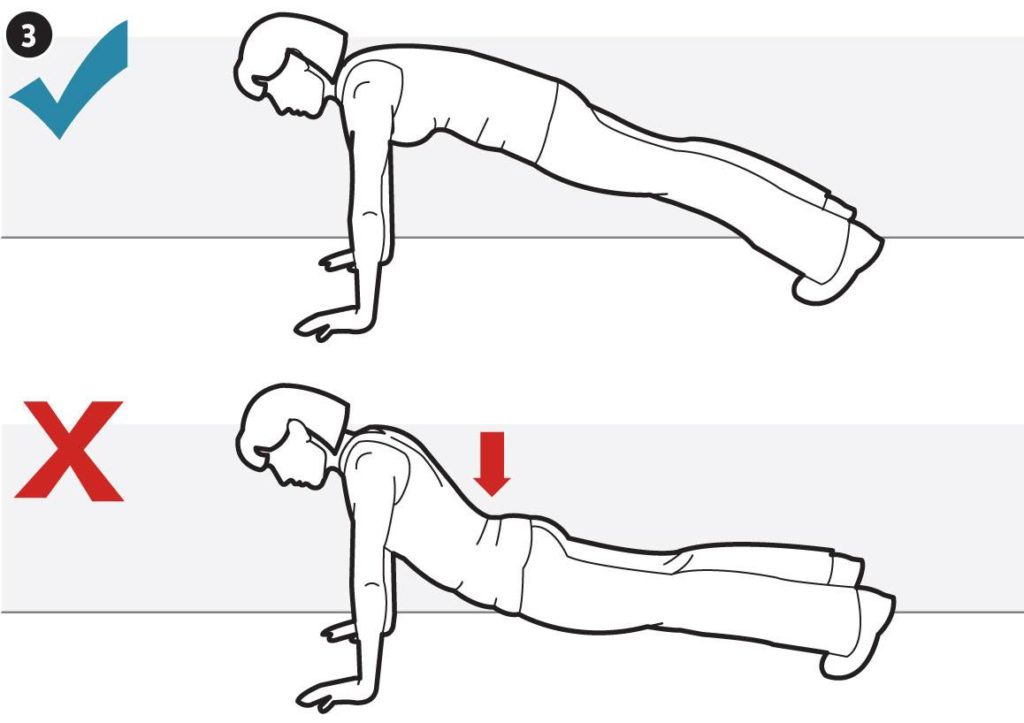 You daren’t regress to doing them on your knees lest anyone calls you a big Jessie.

So you persist with the dreadful motor patterns that result in some kind of half-assed version of something that resembles a push-up running for the last bus home or, worse still, you do a static version of the funky worm, resembling a seal reaching up for the last sardine in the tin.

Sneak into your bedroom, close the curtains and video yourself doing what you think are good push-ups.

Then, if you’re like most people, drop your knees to the floor and do some proper push-ups; that’s chest-to-ground (or just above), elbows to at least 90 degrees and everything locked on tight – abs, glutes, quads.

Then repeat in clusters of whatever is manageable for you, maintaining that strict form.

And repeat this daily, gradually nudging up your number.

Then, when your form is perfect off the knees, do full push-ups but drop the reps and sets.

On day 1 this might mean doing 5 singles with plenty of rest in between.

Then do sets of two and so on.

Soon enough you’ll be able to do 10 push-ups with solid form.

Lesson 6 – Get Comfortable Being Uncomfortable

If you’re not growing, you’re dying.

Or something like that. The point makes sense, though.

Our entire lives are manipulated into some cocoon-like comfort zone where we all do, think, look the same.

Challenge yourself to suffer on a daily basis and I’m pretty sure you’ll feel better about yourself.

The easiest way to do this, of course, is exercise. Smashing yourself (safely, of course) for five, ten, fifteen, thirty, sixty minutes a day will almost miraculously, and without fail, turn you into a better version of yourself in terms of productivity increases and stress & anxiety decreases (for starters).

But once you’ve got your daily movement habits locked in, then there’s other stuff you can branch out into.

Being or feeling like the dumbest person in the room is something very few of us are exposed to after school and, in a corporate environment, it can be a risky move, but surrounding yourself with people smarter than you on any given topic is a great way to learn quickly.

After all, how good are the ideas of people dumber than you going to be?

Lesson 7 – Photos Of Your Feet Are Not ‘A Thing’

Yes, chicks can do it. Provided they have beautiful, dainty little trotters. And even if they don’t we forgive them.

Throw in a little bikini bridge (I’ve helpfully included a picture in case you didn’t know – link is here) and we’re all happy.

But then you try and do it with your gnarled footballer’s feet, muscly calves and stunning backdrop and “from where you’d rather be” hashtag and it just looks…weird.

Cease and desist at once.

If you ever find yourself in a dating scenario, there may well be an expectation that you take your date for a meal (and pick up the tab).

I hate this charade on numerous levels.

I hate the idea, as it was once presented to me, that “we’re in our thirties, it’s what we do on a Saturday night.”

Well, no, actually it’s not. Firstly, I’m in my mid-to-late twenties, love. And secondly, can you think of anything worse than going somewhere populated only by other people who think they have to be there out of protocol rather than because they want to?

She got dropped off in a taxi pretty sharpish and without dessert, too. Which wasn’t a tragedy because she probably didn’t need a pudding.

[To the one female reader of this blog: a) that’s joke, so don’t get your pretty little knickers in a twist, and b) it wasn’t you. I’d have never taken you to that place].

But, say you do find yourself on a date on a Saturday (or any other) night. In a place that serves food. And booze.

Here’s what you don’t do:

2) Order the second least expensive wine on the list

Here’s what you could do:

1) Ask the sommelier for his recommendations giving a price point and also saying that you’re keen to try any more exotic suggestions.

2) Order by the glass so you can try a few different wines.

3) Locate a grape / region you’ve had before and ask for similar styles to that.

4) If in doubt, ask for a Gruner Veltliner. I read this in a GQ column Gordon Ramsay wrote years ago. It stuck with me and has never once let me down.

Austrian wine took an absolute battering in 1985 when some bright spark added anti-freeze to batches of rubbish wine in an effort to make it sweeter. Sales fell by 90% and the industry was decimated.

Since then, though, they’ve grafted hard to repair their rep and the Gruner, which makes up around 40% of all Austrian wine, is an easy drinker that will also demonstrate a bit of nous on your part.


For even more expert wine tips to rule every social occasion, take a peek here.

If there’s one life-lesson that I could tell the version of circa 2013, it would be this one.

Living in the moment and appreciating the here and now didn’t seem to be an available option on my menu. And it should have been.

I had a lovely house, an amazing, effervescent wife, a stupidly cute dog, and a new baby who looked okay as far as babies go. [I mean, most babies look similar and cute-ish but you do get the odd bad apple who looks Winston Churchill].

And I carved a route to Sydney, a city I’d wanted to live in for years.

I’d won a lottery, of sorts.

But I was beating myself up on a daily basis over pseudo concerns about needing a bigger house, a better car, the money running out, a hotter wife [the last part is a joke, obvs].


That’s not good for anyone.

How can you remedy this?

Gratitude journals are all the rage right now. The 5 Minute Journal is something I’m keen to try. Other methods are a gratitude mantra that you do at certain set times each day with the objective of lifting your thoughts out of the daily minutiae and focusing on the bigger picture.

And that’s a wrap. Perhaps not an all-encompassing list but certainly plenty of techniques and strategies to help you avoid the worst of life’s slippery banana skins.