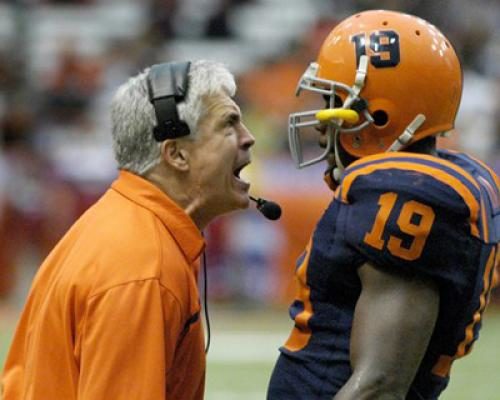 As much as I advocate and embrace the two pillars self-sufficiency and time-efficiency when it comes to training – especially for Super Fit Dads who have limited resources (time, money and space) – there are times when you need to lean on the experts for a little extra motivation, wisdom and inspiration as you traverse the rocky path of progress.

But picking or finding the right coach can be a tricky and potentially expensive exercise. There are some great coaches out there – the ones who simultaneously cajole and nurture you to ever-increasing heights of achievement. There are some terrible coaches who seem to be surviving on past glories, or no glories at all.

Then there are the myriad of average coaches, those who are neither particularly good nor bad. This example of the species is, perhaps, the most dangerous because their average-ness makes it harder to escape their clutches and start afresh elsewhere.

To save you time in the selection process I’m going to outline 6 types of coaches to look out for. Each offers extraordinary scope for learning and progression – if you can track one of these guys down, you’re likely to be in very safe hands.

I’ve been lucky enough to train with at least one of each type over the past few years; I’ll mention who they are as we work through the list.

This guy is so zen and spouts so much wisdom, it’s like having Gandhi in your corner. In fact, his stories are so interesting that you’d pay just to hear him talk, never mind be coached by him.

The Sage was there at the beginning and has seen it all before. He doesn’t buy into fads and trends, favouring instead a simple, frugal approach to life and training. 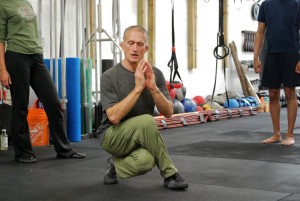 He doesn’t need a ‘gym’ to train because, to him, the whole world is a gym. As long as there’s something to hang from and a floor to move on, he’s happy and healthy. Throw him a kettlebell and he’s delirious.

Anyone who is serious about health and fitness needs to spend some time with a Sage.

Steve Maxwell embodied the Sage when I took his kettlebell certification earlier this year. I’d strongly recommend his course if you can get along.

Aka The Smiling Assassin, this chap is an all-round good guy for whom nothing is ever too much trouble.

Need some help with your kipping chin-ups at the end of a class? Sure, no problem. Want some advice on nutrition and supplements? No worries – he’s happy to help. 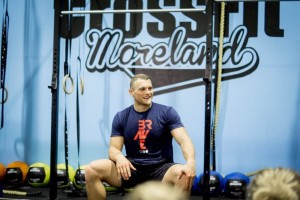 Chad Mackay – too nice by half

Don’t be fooled, though. Behind the chirpy veneer and good-natured banter is the heart of a lion with the programming mind of the most devious fox. He’ll mess you up and smile kindly throughout the process.

I only ever had a few training sessions with Chad Mackay but, on the basis of these, I can attest that he wears the Pin-Up cape really easily.

Someone’s on a mission. And they’re in a hurry.

The Zealot is an avowed polymath – creating training systems, refining them, espousing their virtues. Their output is prolific and, at times, dizzying as they struggle to contain all of the ideas that come to them.

Training follows a puritanical path, not dissimilar to that of the The Sage, except barbells and bumper plates are the meat-and-potatoes of this diet. The compound movements are necessary, you see, to keep the Zealot’s shoulders broad for carrying the world.

Keegan Smith of the Real Movement Project is committed to making a difference to the world by improving health and nutrition. What’s more, he’s taking action to effect this. Something of a visionary with a semi-religious zeal to his approach.

It’s not mandatory but it can really help if you’re good friends with your coach on a personal level, even more so if you have experiences and demography in common.

With shared experience comes empathy, which makes treading the delicate path between knowing when to ride you hard and when to ease back more simple.

These small nuances can make a huge difference in terms of maximising the return on your coaching investment (whether monetary and time-based), which is a major (if not, the major) factor for Super Fit Dads when committing to a coaching regimen.

Since beginning my Crossfit journey at Crossfit KiaKaha in Coogee, I’ve been on a fairly tumultuous journey, both in and outside of the gym. There have been times when I’ve needed advice on my life, as well as on my muscle-ups or my deadlift. Thankfully it’s been there whenever I’ve asked for it.

You know how some coaches talk a good game but fail to back it up? I’m talking about the endurance coaches who’ve never finished a marathon; the strength coach who can’t lift.

Well, the Warrior isn’t one of those guys.

He’s the guy who runs to the class he’s teaching. Which is 15km from his house. And starts at 5.45am.

Leading from the front like this engenders supreme loyalty – barring a complete disaster on the programming front, which is unlikely because the Warrior follows his own programming, so you know it’s tried-and-tested.

You’ll be worked harder than you thought possible and be glad for it. Funny, huh?

I’ve spent a fair bit of time with Chief Brabon of Original Bootcamp, both on the sand at Coogee at his bootcamp and also chasing him along various trails in endurance races. He walks the walk, alright. And then some.

The one wildcard in this bunch is the Outlier.

This is the coach who, on first impression or on paper, doesn’t immediately jump out as an exceptional coach.

They may not have excelled in the sport or discipline they’re coaching but they have some kind of innate and intuitive approach that works miracles amongst their charges.

Often avowedly anti-establishment – the feeling is usually mutual – the Outlier will generally have their own system or training methods that are both maverick and mercurial in equal measure. 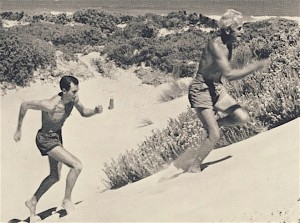 Percy Cerruty – as mad and as brilliant as hell

An ironic twist is that when the Outlier’s methods gain traction or go mainstream, they are held up as a visionary or savant, usually by the same people who initially mocked their ideas.

More locally, my dealings with Martin Harlowe of the Triumph Weightlifting Club have been extremely fleeting, but I was left in no doubt as to his professorial expertise and his passion after just one session.

So there you have it. By no means an exhaustive list but one that would be well worth referencing when choosing your next coach or assessing them after your first few sessions.

As always, I’d love to hear you thoughts, especially if there are any other you’d add to the list.

If you enjoyed this piece and want to receive future posts direct to your inbox plus a FREE E-BOOK featuring 20 of my favourite life-hacks, sign up here:

The warm-up and the cool-down. The Yin and the, well, yin again. Intrinsically linked and…

Assuming you have access to a barbell - in the garden, the garage or the…